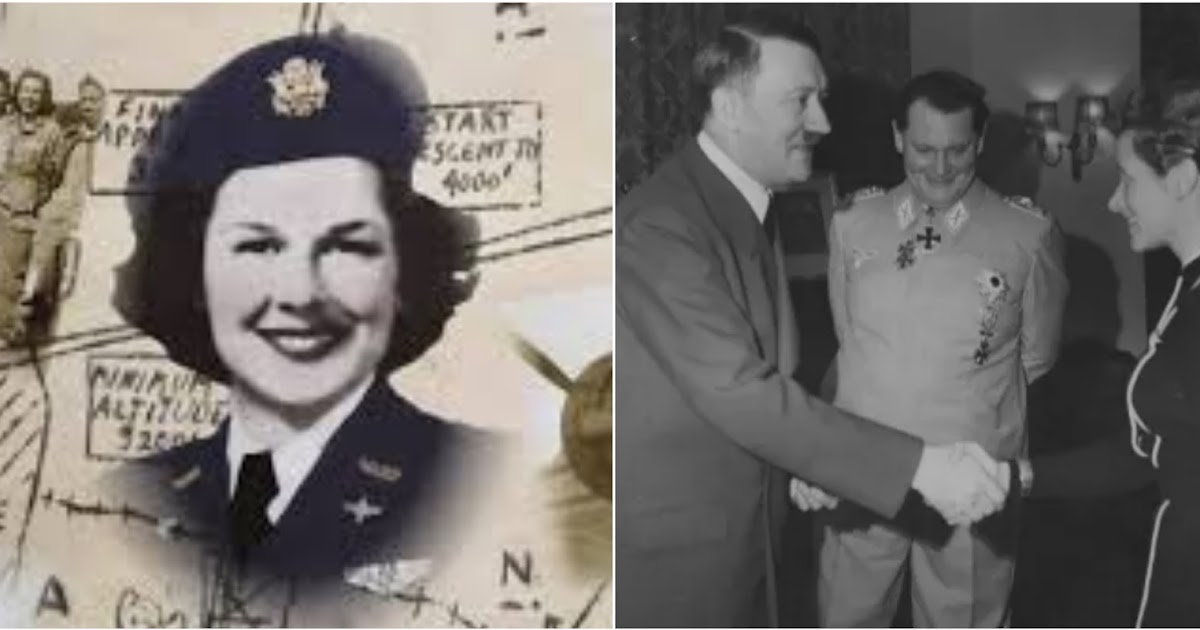 Women served on both sides of World War II, in official military roles that came closer to combat than ever. The Soviet Union, in particular, mobilized its women: more than 800,000 would join the Red Army during the war, with more than half of them serving in front-line units. British forces included many women along with men in vital anti-aircraft units. And Nazi Germany followed later in the conflict, when its declining fortunes required full mobilization of the nation.

Of the four major powers in conflict, only the United States opposed sending women into combat. However, thousands of American women joined the military in various capacities during World War II, overturning generations of traditional gender roles and long-standing assumptions about female ability and courage.

Soviet women served as scouts, anti-aircraft gunners, tankers, and partisan fighters, but the two most dangerous – and celebrated – roles they played were pilots and snipers.

In the fall of 1941, with the invasion of German forces threatening Moscow, Marina Raskova (known as the “Russian Amelia Earhart”) convinced Joseph Stalin to authorize three regiments of female pilots. The most famous was the 588th Night Bomber Regiment, whose pilots hit so many of their targets that the Germans began calling them Nachthexen, or “night witches”. Using rickety plywood planes, the women of the 588th completed more than 30,000 missions and dropped more than 23,000 tons of bombs on the Nazis; 30 of them were killed and 24 received the Hero of the Soviet Union medal, the nation’s highest honor for valor.

Although nearly 2,500 Soviet women were trained as snipers, many more took over the role without formal training. Assigned to infantry battalions, the snipers were tasked with targeting German officers on the front line and eliminating them as they advanced. One sniper, Lyudmila Pavlichenko (aka “Lady Death”), killed 309 confirmed Germans, including 36 enemy snipers, in less than a year of service with the Red Army’s 25th Rifle Division. Wounded four separate times, she was withdrawn from combat in late 1942; the Soviet government sent her to the United States, where she toured the country with Eleanor Roosevelt. He was 25 years old. 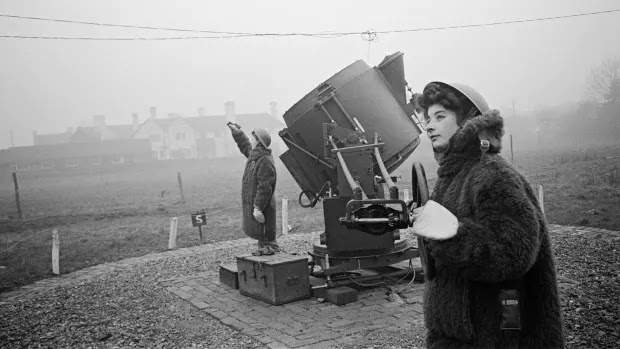 In mid-1941, when the British military began using women from the Auxiliary Territorial Service (ATS) in anti-aircraft units, they made it clear that the aim was to free more men to fight; women were still forbidden to take up fighting roles. The Blitz had just ended, but the German Luftwaffe continued to bomb London and all of Great Britain during the conflict. ATS women (popularly known as Ack Ack Girls) served in mixed royal artillery batteries with men. Although they became adept at detecting or locating enemy aircraft, setting the range and detection of anti-aircraft guns, and handling ammunition, women were forbidden to pull the trigger. As one artillery assistant put it: “We performed the same tasks as men. When they were on guard all night they had their rifle, when we were on guard we had a broomstick ”.

Many ATS members have been assigned to reflector units, positioned around each weapon complex to spot incoming German bombers for gunners to take aim. The searchlights also lit the skies for the return of British bombing crews and scanned the seas to get closer to German ships, among other vital tasks. Formed in October 1942 by order of Major General Sir Frederick Pile, the 93rd Searchlight Regiment was the British Army’s first female-only regiment. He ran about 72 searchlights outside London, each with a dozen women (plus a man to turn on the generator and fire a machine gun if necessary).

At the end of the war, more than 74,000 British women were serving in the anti-aircraft units. Overall, 389 ATS women were killed and injured during the conflict. As Pile later wrote, “Girls lived as men, fought their lights as men, and alas, some of them died as men.” 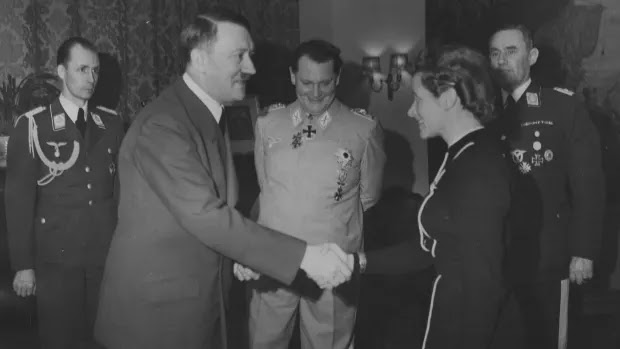 While Adolf Hitler initially insisted that women stay home during the war and focus on their roles as wives and mothers, Germany’s increasingly desperate need for resources would have led to more than 450,000 women joining auxiliary military forces.

In July 1943, German Minister of War Production Albert Speer convinced Hitler to authorize women to serve in research and anti-aircraft units with the Luftwaffe, and up to 100,000 German women would serve in this capacity by the end of the war. As with the ATS, they were fully trained in the use of anti-aircraft guns, but could not fire. According to an order issued by Hitler in late 1944, no German woman was to be trained in the use of weapons. Nazi propaganda warned women in the auxiliary forces not to become flintenweiber, or “gun women,” a derisive term for Soviet female fighters. In the last, desperate months of the conflict, Hitler surrendered and created an experimental female infantry battalion, but the war was over before it could be raised.

A total of 39 women would receive the German Iron Cross for service near the front, but nearly all were nurses. Among those who weren’t were Hitler’s test pilots Hanna Reitsch and Melitta Schiller-Stauffenberg, two of the approximately 60 female pilots used to ferry Nazi flights to free male pilots for active duty. 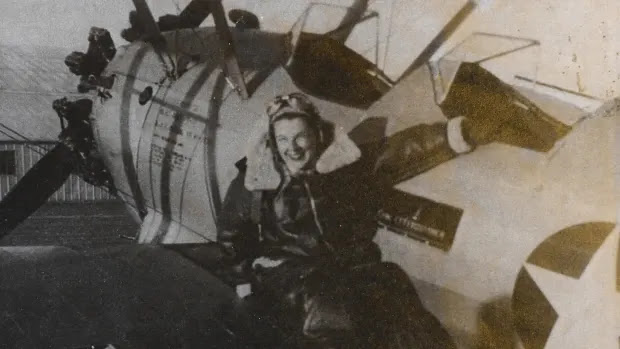 Jane Tedeschi next to one of the planes she flew in WWII with the Women Airforce Service Pilots (WASP), a group that performed aviation services in the United States, covering male pilots deployed on the WWII battle front . She was one of about 1,100 female pilots who moved planes and towed target planes for fire drills.

Much has been done about how American women have served on the home front, fueling the factories that have enabled the United States to become “the arsenal of democracy.” As in past conflicts, tens of thousands of American women have also bravely served as nurses, with more than 1,600 members of the U.S. Army Corps of Nurses alone earning medals, citations and praise. But many other women served the US war effort in an active and often dangerous capacity. Although the United States did not send any women to fight during World War II, the conflict saw the nation take steps towards integrating women into the military in a new way.

After a heated debate in Congress on the reversal of traditional gender roles implied by the recruitment of women into the military, the military was the first to enlist women, creating the Women’s Auxiliary Army Corps (WAAC) in May 1942. July 1943, thanks to the efforts of Director Oveta Culp Hobby, the WAAC was converted to regular army status as the Women’s Army Corps (WAC).

Influenced by the performance of female soldiers in Europe, Army Chief of Staff George C. Marshall authorized some WAAC members to be trained on anti-aircraft batteries and reflector units, like their British and German counterparts. But in mid-1943, he stopped the experiment, fearing public outcry and congressional opposition to the idea of ​​women in fighting roles. More than 150,000 women served in the WAC during the war, with thousands sent to European and Pacific theaters. No one saw the fight, but their courageous service would have led to greater acceptance of the idea of ​​women in the military.

American women also took to the skies during World War II, when the US Army Air Forces (predecessor of the Air Force) began training women to fly military aircraft to free male pilots for combat duty. In the Women Airforce Service Pilots (WASP) program, women piloted B-26 and B-29 bombers and other heavy aircraft between factories and military bases across the country; new and repaired aircraft tested; and trailed targets for gunners in the air and on the ground to practice shooting, using live ammunition.

In December 1944, when Congress ordered the elite program to be shut down (more than 25,000 women ran for the war, but only 1,100 ended up serving), 38 WASP pilots had lost their lives due to plane crashes or other incidents in the line of duty. The records of the program were classified and all official traces of the program disappeared until the late 1970s, when President Jimmy Carter finally granted pioneer aviators US Army veteran status.