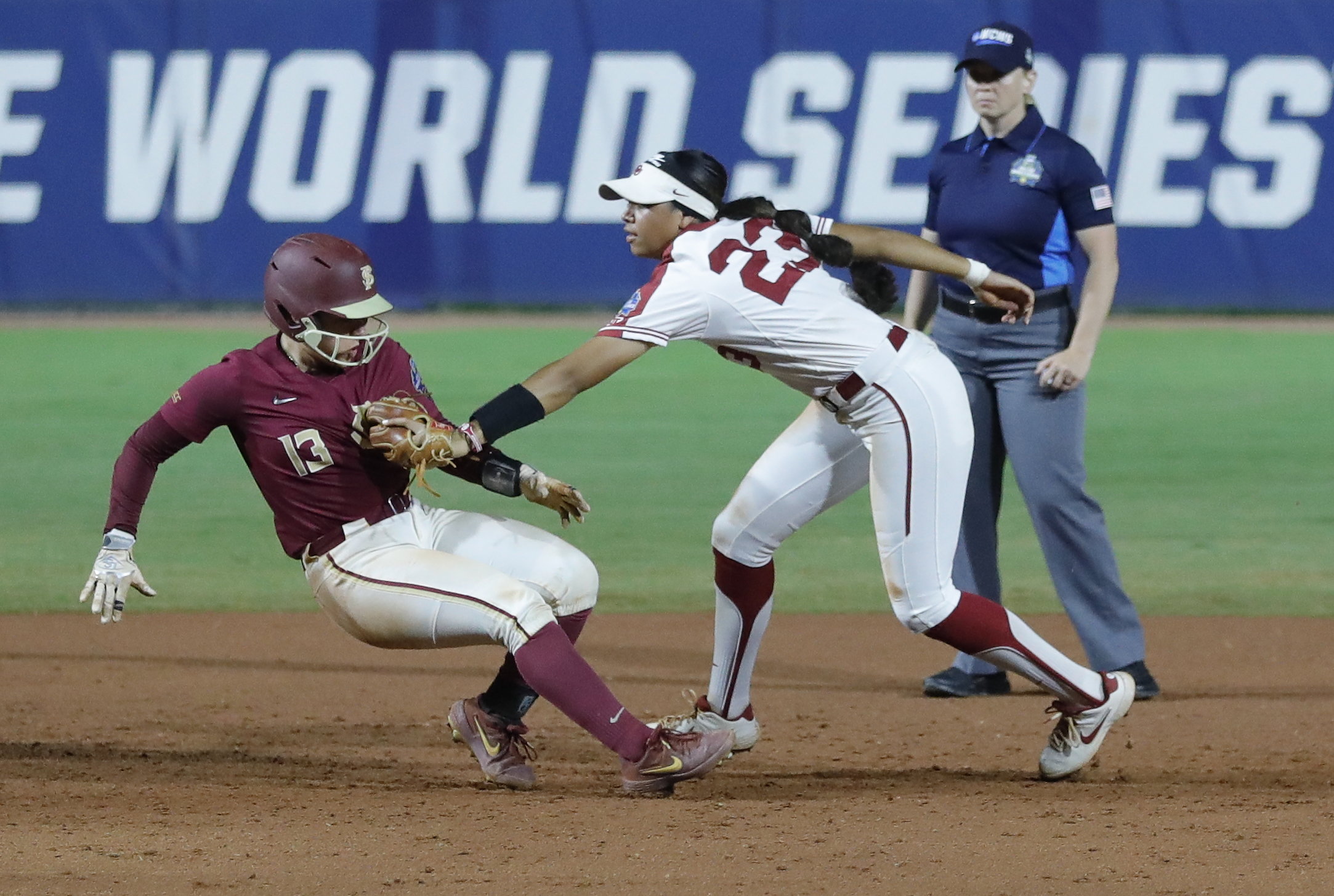 The Sooners’ 8-4 defeat to the Seminoles was a perfect storm of things that went wrong for Patty Gasso’s club: starting pitcher Nicole May had a bad exit, the team had unusual defensive missteps, some Difficult calls didn’t go well and even Gasso made a self-reported mistake at the end of the game by sending a runner home to an illogical place.

Now, the Sooners face elimination again, just as they were in the four games leading up to Game 1 on Tuesday night. But they have experience in this area. On three separate occasions this year, Oklahoma have lost to one team and then defeated several times.

The first was Georgia, who shared a doubleheader in Athens and then eliminated her from WCWS. Then came Oklahoma State, who lost their first game at Stillwater before beating them in the next three fights. Finally, of course, there was James Madison, who was knocked out of the WCWS by the Sooners by beating him twice in a row after losing to the Dukes in the opening.

All that experience will give confidence to an Oklahoma team that needs to do just that again – something right fielder Nicole Mendes referred to in her post-match comments Tuesday night, simply saying, “If we lose, we will not lose again. ”

For Race 2 of the 2021 WCWS Finals with Florida State on the hunt for a national title, here’s everything you need to know:

HOW TO WATCH: ESPN

HOW TO LISTEN: Previously Sports Radio Network – 107.7 FM The Oklahoma City franchise; KTBZ 1430 AM in Tulsa; Tune in the radio app