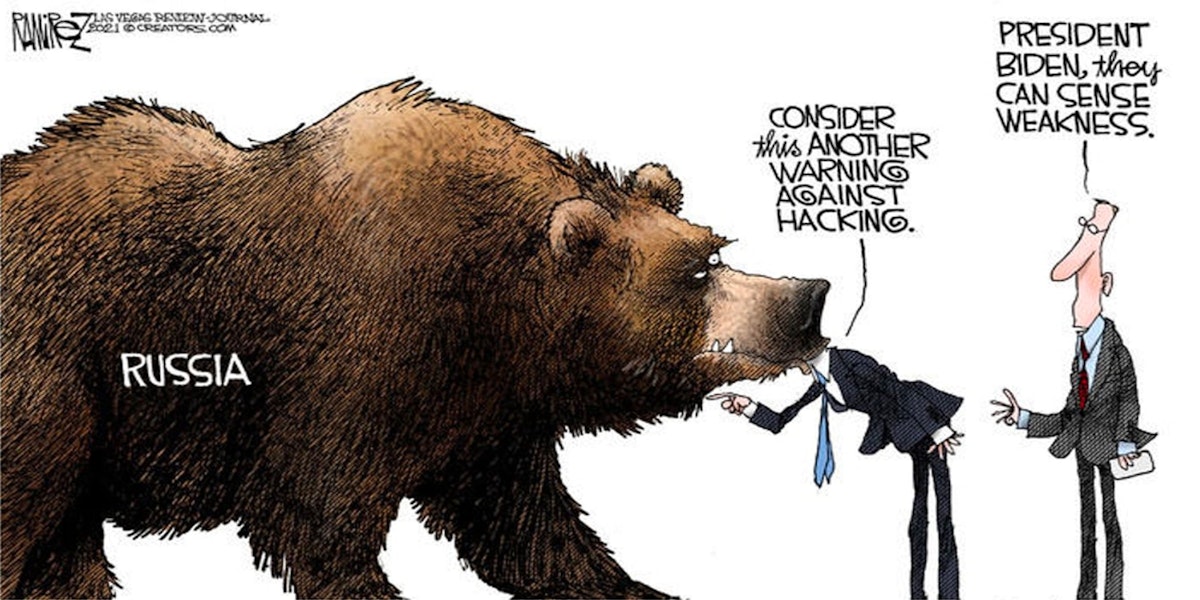 The disastrous “America Last” policy that Joe Biden is pursuing has meant many victories … for America’s enemies. These actions will need to be mitigated once Biden leaves office, ideally with the election of a Republican president in 2024.

Obviously, the two biggest enemies are China and Russia. Yes, grassroots patriots are rightly concerned about Iran, given that regime’s genocidal ambitions, but Russia and China have the greatest capacity to harm America and Biden’s policies allow them. The fact is, we have long known what needs to be done, but George W. Bush, Barack Obama, and even Donald Trump have never paid their full attention to those foreign policy imperatives.

We talked about the fact that our troops deserved better than Bill Clinton’s cuts, Bush’s omissions, Obama’s messes, and a distracted Trump. Our failures to keep our military adequately funded, equipped and with a force structure capable of providing sufficient capabilities to fight both Russia and China will continue under Biden. Keep in mind that fighting a war is a bad option and to be used only when not acting is worse. But what can be done but fight a major war? Let’s consider each of these potential adversaries.

In a way, Trump – the alleged Russian puppet if you believed the hysterical claims of the “respectable” leftist media – was effectively keeping Russia in check with a “war” on two fronts. First, it was increasing American production of oil and natural gas, lowering the prices of those commodities with consequent strategic benefits. Second, it was also fighting to prevent Germany from further geopolitical kompromats on the Russian pipeline.

In short, if you want to paralyze Russia strategically without a war, increase American energy production. It worked in the 1980s when the Saudis increased their oil production (see Victory by Peter Schweizer), and it functioned under President Trump. What will also help is to increase our forces and move them to Poland instead of Germany. Stryker and an airborne brigade won’t stop a horde of Russian tanks: armored and mechanized infantry, with heavy support from A-10 Thunderbolt II close air support aircraft.

When it comes to China, a different natural resource needs to be developed. Currently, a large portion of the rare earth metals – and the refining process – are currently under the control of ChiCom. This may change, particularly with Marcus Island’s Motherlode. But it can’t stop there. We must hold China responsible for the cover-up of the initial outbreak, at least, regardless of the origin of the coronavirus.

But the best way for America to get a showdown from China is to engage in massive naval, air, and space build-up and even bring manufacturing back to the United States. (Biden’s Navy budget does just the opposite.) Specifically, we will have to cut China’s maritime communications lines, particularly for oil from the Middle East. Former President Trump is right to ask China to pay, but we shouldn’t take ChiCom’s bloody money from the Uigher genocide. The best way to get $ 10 trillion in repairs is to deny it from China in the first place.

The fact is that Russia and China are dangerous threats to the United States. However, they both have serious vulnerabilities that can be exploited – and the president after Joe Biden will have to do so because, compromised as he is, he surely won’t.