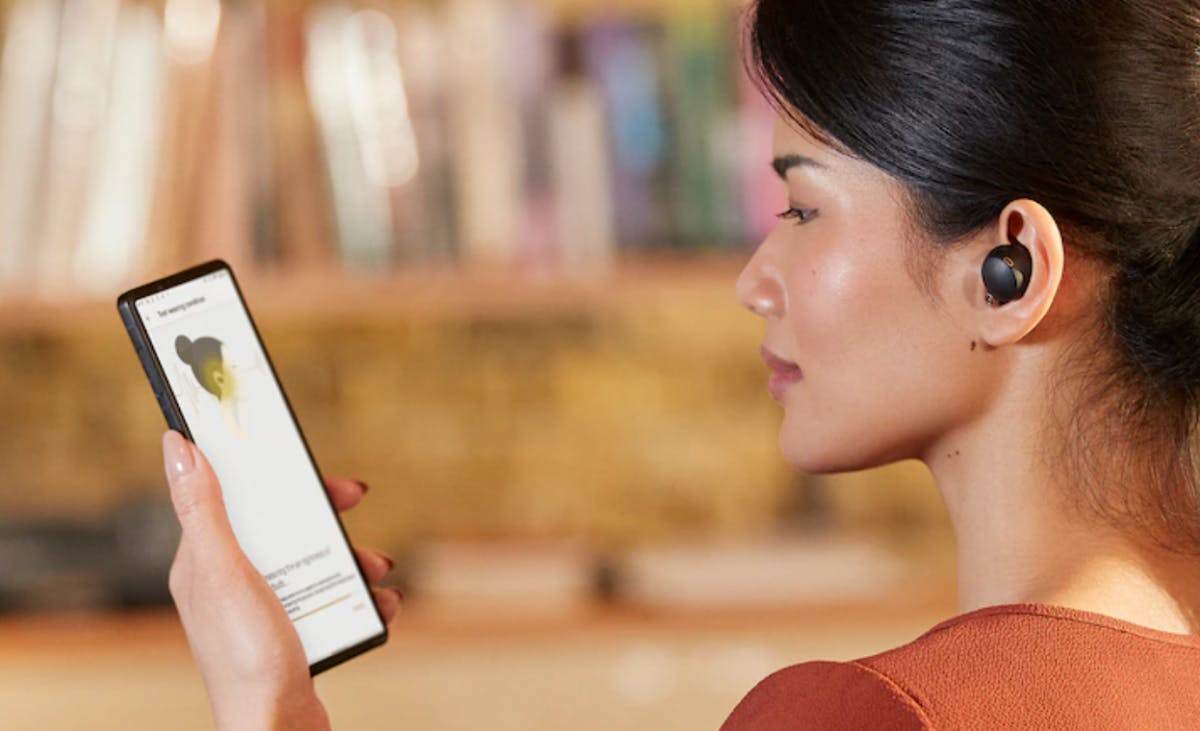 Sony unveiled its new Bluetooth earplugs with active noise cancellation. In competition with the Airpods Pro, they should feature a lot of comfort features.

Sony unveiled the WF-1000XM4, new Bluetooth earplugs with ANC (Active Noise Cancellation) technology. The new model takes up the round design of many competing products and thus says goodbye to the elongated housing of the previous WF-1000X and WF-1000XM3 models. In the new Bluetooth earplugs, Sony has taken over a practical convenience feature from the WH-1000XM4 big ANC headphones.

WF-1000XM4 should be easy to understand during phone calls

This feature is called Speak-to-Chat and allows you to switch between ANC mode and transparency mode using voice control. As soon as someone talks, the transparency mode is activated and conversations can be conducted without having to remove the earplugs from the ear. The music will automatically stop and resume at the end of the conversation.

In addition, Sony integrates the hang-up gesture of the large ANC headphones: for example, if you just want to quickly listen to an announcement on public transport, all you have to do is place your finger on the left earphone and the transparency mode is activated. As soon as we take our finger off the headset, the ANC is active again. Transparency mode should sound very natural.

WF-1000XM4 should have high ANC performance

Sony promises high performance for integrated active noise cancellation (ANC) for the WF-1000XM4. Noise reduction is said to be the best in the business. Sony has also equipped its ANC earphones with some useful features. ANC is used to reproduce a counter-sound which is intended to reduce annoying background noises. With the earplugs, accessories are provided in three dimensions to keep outside noises at bay. If the accessories seal too tightly, it can create pressure in the ear leading to pitch reverberation. So we hear every single step while running as a boring aspect – this is uncomfortable and reduces the enjoyment of the music. Sony hasn’t provided any information that the plugs have any technology to prevent this. With the Airpods Pro, Apple was the first manufacturer to come up with a solution.

For ANC technology, background noise is analyzed using microphones in the plugs, which makes these products susceptible to wind noise. Many ANC products can hardly be used outdoors because the wind is heard whistling loudly and disturbs the enjoyment of the music. Sony claims that a technology has been integrated with which it is possible to suppress this wind noise.

Sony plugs should provide particularly good sound quality with a strong bass component. They support Bluetooth 5.0 and SBC, AAC and LDAC codecs. Sony earplugs do not yet allow two parallel Bluetooth connections. Jabra remains the big exception in this segment.

Sony earplugs offer ear detection so the music stops when the earplugs are removed from the ear. The music continues when both are back in the ear. The plugs are certified according to IPX4 and therefore do not interfere with splashing water.

The author of the article is Ingo Pakalski.