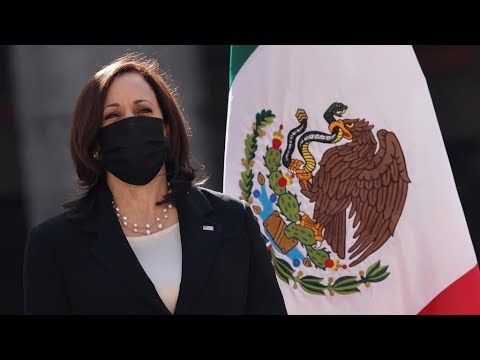 Daily mail: Even the White House thinks it’s bad! Biden administration was “puzzled” by responses to Kamala’s Mexican press conference that he will visit the border

* White House insiders say they are “perplexed” by Kamala’s reactions

* Progressive Democrats were furious when he told migrants “don’t come”

* The Biden administration had hoped his first trip was “successful”

The Biden administration also appears to be baffled by Kamala Harris’ trip to Guatemala and Mexico to address the border crisis.

White House insiders were “puzzled” by his answers to his questions about whether he would visit the Rio Grande and “hoped that his first trip abroad would be a success,” CNN reported.

Officials also fear that any progress he made during his meetings with the Guatemalan and Mexican presidents could be undone by his mixed messages and concise meetings with reporters.

WNU Editor: She will be given a pass by the administration and the media because this was her first trip. But she wasn’t prepared for this trip, and it showed.

Kamala Harris is having a bad week (and it’s only Wednesday!) – CNN