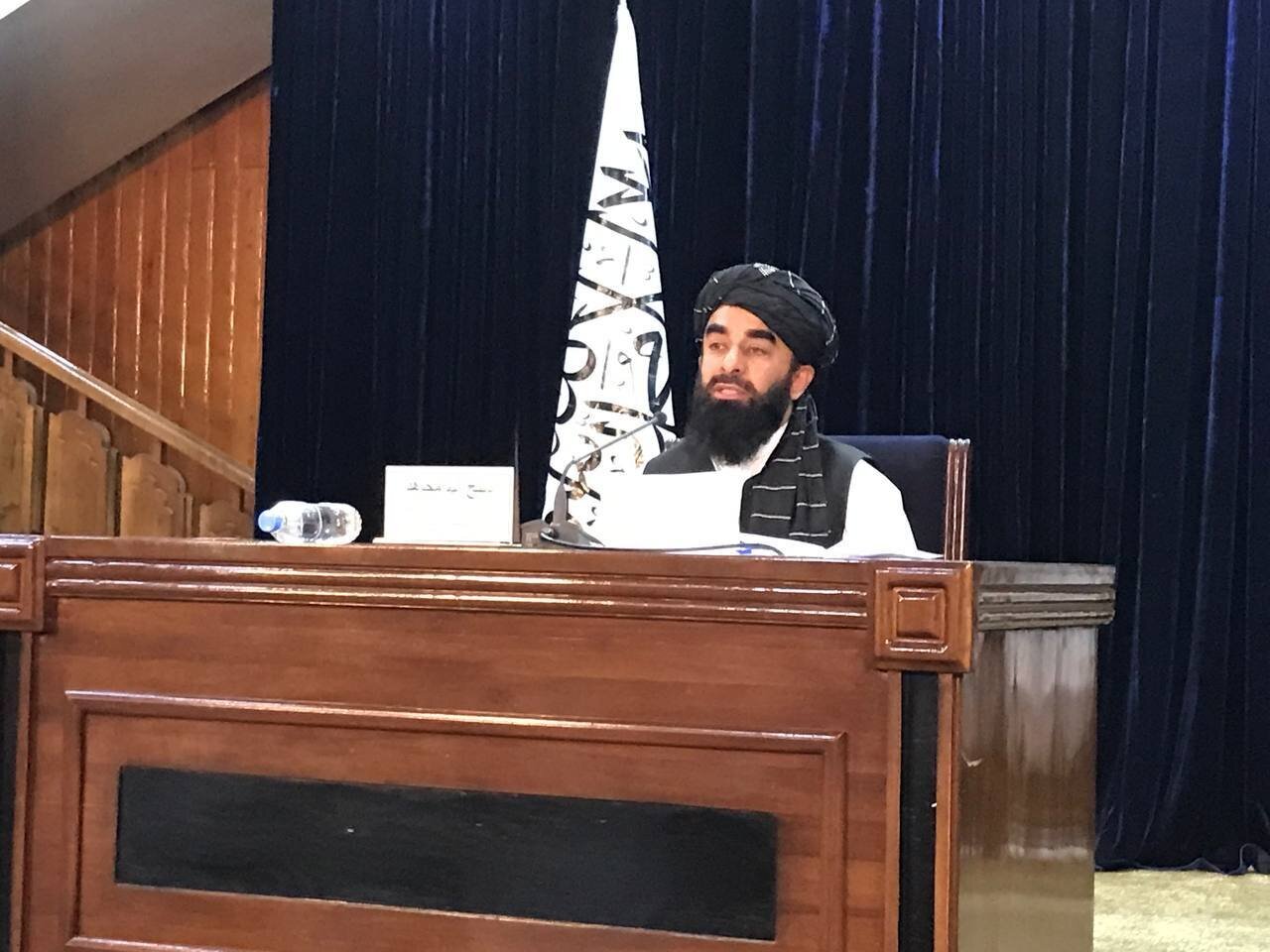 KABUL, Afghanistan (AP) – The Taliban announced on Tuesday an interim government that paid tribute to the group’s old guard, bestowing top positions on the Taliban personalities who dominated the 20-year battle against the US-led coalition and its allies of the Afghan government.

Acting Prime Minister Mullah Hasan Akhund led the Taliban government in Kabul during the last years of his rule. Mullah Abdul Ghani Baradar, who led talks with the United States and signed the agreement that led to America’s final withdrawal from Afghanistan, will be one of Akhund’s two deputies.

There was no evidence of non-Taliban in training, a great demand from the international community.

The announcement of cabinet appointments by Taliban spokesman Zabihullah Mujahid came hours after the Taliban fired into the air to disperse protesters and arrested several journalists, the second time in less than a week the group used heavy tactics to disperse a demonstration in the Afghan capital of Kabul.

Protesters gathered outside the Pakistani embassy to accuse Islamabad of aiding the Taliban assault on the northern province of Panjshir. The Taliban said on Monday they seized the province – the last not under their control – after their raid through Afghanistan last month.

The previous Afghan government has regularly accused Pakistan of aiding the Taliban, a charge Islamabad has denied. Former Vice President Amrullah Saleh, one of the leaders of the anti-Taliban forces, has long been an outspoken critic of neighboring Pakistan.

There were dozens of women among the demonstrators on Tuesday. Some of them carried placards complaining about the killing of their children by Taliban fighters who they say were helped by Pakistan. A sign said: “I am a mother when you kill my son you kill a part of me”.

On Saturday, troops of Taliban special forces in camouflage fired into the air with weapons to end a protest march in the capital by Afghan women who are demanding equal rights from the new rulers.

The Taliban again moved quickly and hard to end the protest on Tuesday when it arrived near the presidential palace. They fired into the air with weapons and arrested several journalists who followed the demonstration. In one case, the Taliban waving Kalashnikov rifles took a microphone from a reporter and started beating him, breaking the microphone. The reporter was then handcuffed and detained for several hours.

“This is the third time I have been beaten by the Taliban covering the protests,” he told The Associated Press on condition that he was not identified because he was afraid of retaliation. “I’m not going to cover a demonstration anymore. It’s too hard for me. “

A reporter from the popular Afghan TOLO News was detained for three hours by the Taliban before being released along with his equipment and video of the demonstration still intact.

Meanwhile, in the northern city of Mazar-e-Sharif, four planes chartered to evacuate some 2,000 Afghans fleeing Taliban rule were still at the airport.

Mawlawi Abdullah Mansour, the Taliban official in charge of the city airport, said that any passenger, Afghan or foreign, with a valid passport and visa will be able to leave. Most of the passengers are believed to be Afghans without proper travel documents.

None of the passengers had arrived at the airport. Instead, organizers apparently told the evacuees to go to Mazar-e-Sharif and find accommodation until they were called to the airport.

The Taliban say they are trying to find out who of the estimated 2,000 has valid travel documents.

US Secretary of State Antony Blinken said in Qatar on Tuesday that the Taliban has ensured safe passage for all those seeking to leave Afghanistan with adequate travel documents.

He said the United States will keep the Taliban in that commitment. “I understand that the Taliban have not denied exit to anyone with valid ID, but they have said that those without valid documents cannot leave at this point,” he said.

“Since all these people are grouped together, this means that the flights have not been allowed to leave,” he added.

The State Department is also working with the Taliban to facilitate additional charter flights from Kabul for people seeking to leave Afghanistan after the US military and diplomatic departure, Blinken said in a joint press conference with top diplomatic and military officials. defense of Qatar.

“In the past few hours,” the United States has been in contact with Taliban officials to work out arrangements for additional charter flights from the Afghan capital, he said.

Blinken and US Defense Secretary Lloyd Austin were in Qatar to thank the Gulf state for its help with the transit of tens of thousands of people evacuated from Afghanistan after the Taliban took control of Kabul on August 15.

Associates Press writers Tameem Akhgar in Istanbul and Robert Burns in Qatar contributed to this report.

I invite all HuffPost superfans!