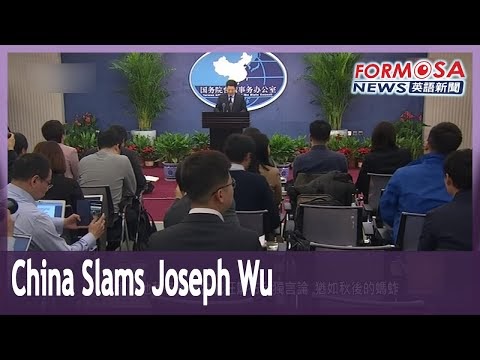 ABC News Australia: Taiwanese Foreign Minister warns that his country is preparing for war with China, asks Australia for help

Taiwan’s foreign minister warns that his nation is preparing for war with China and urges Australia to increase intelligence sharing and security cooperation as Beijing intensifies a campaign of military intimidation.

Since Friday, dozens of People’s Liberation Army (PLA) planes have made sorties into Taiwan’s Air Defense Identification Zone (ADIZ), prompting the self-governing island to take off its military jets.

Speaking on ABC’s China Tonight program, Taiwanese Foreign Minister Joseph Wu said that if the PLA were to launch a real strike, his democratic state would be ready to reject it.

To update: Taiwan pleads for Australia’s help as fears over China invasion rise due to huge increase in Beijing’s military flights over the island nation (Daily Mail)

WNU Editor: If the war comes to Taiwan, they will need more than just Australia to help them.