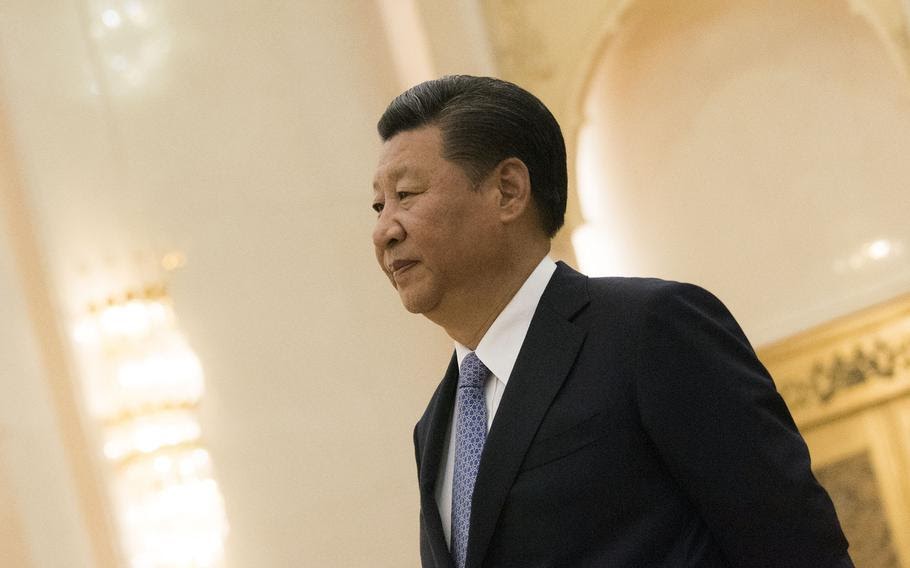 Chinese President Xi Jinping walks through the Great Hall of the People in Beijing, August 17, 2017. (Dominique Pineiro / US Navy)

Stars and Stripes: The Chinese president orders the military to raise the pressure on Taiwan, the report said

Chinese President Xi Jinping has ordered his military to increase pressure on Taiwan’s southwestern region, according to sources cited this week by a Japanese news agency.

The order was issued at a recent meeting of China’s main military body, the Central Military Commission, after three US and UK aircraft carriers participated in weekend drills near Taiwan, Kyodo News reported.

WNU Editor: Obviously, President Xi had to approve all these military operations. After all, he is the Supreme Leader.

The Kyodo post that broke this story is here …. Xi in China orders the army to increase military pressure near Taiwan (Kyodo).