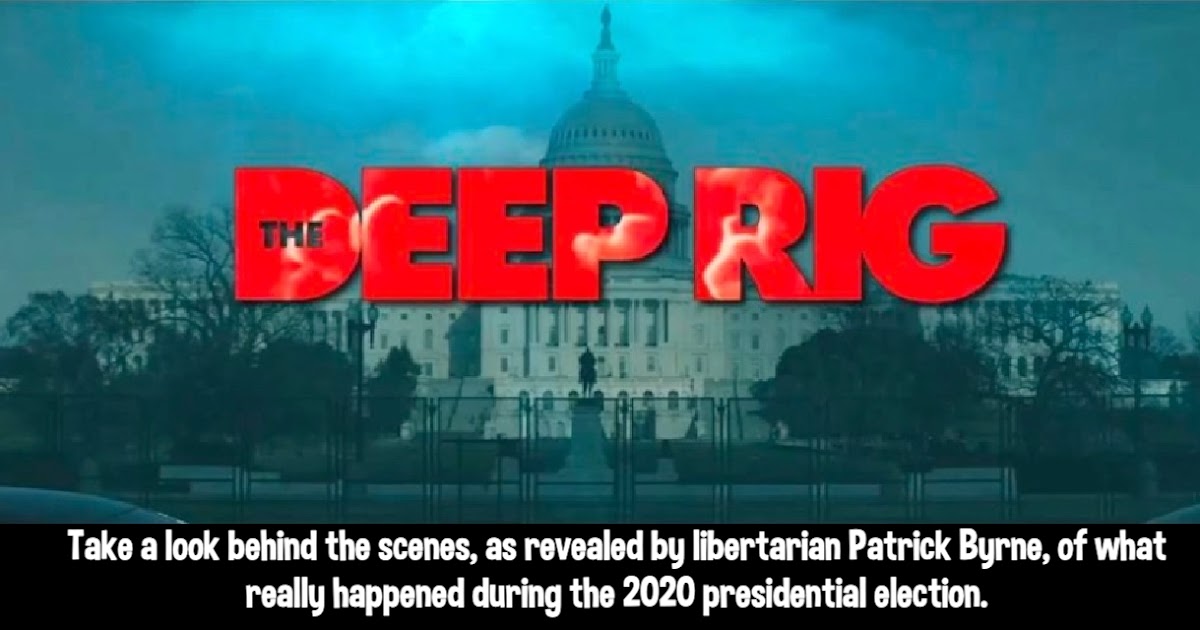 
Former Overstock CEO Patrick Byrne is a libertarian who did not vote for Donald Trump and has publicly criticized him: having said that, he believes the 2020 election has been rigged and that this should be moot for any person who believes that “the just government derives its power from the consent of the governed ”.

Now, his next film Deep Rig – out June 16 – takes you behind the backstage titles that determined whether or not the fraud would be exposed in time, and paints a portrait of Washington that will leave the reader to. ask yourself: “Is this the end of our Constitutional Republic?”