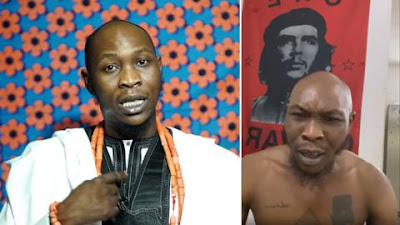 Nigerian singer Seun Kuti, son of Afrobeat legend Fela Kuti, said Nigerian politicians are the ones giving weapons to the gunman who is currently terrorizing the country.

In a video recorded by Seun, the singer noted that banditry stops as elections approach because that’s when the bandits will be used as thugs by politicians.

Seun said that if Nigerians want an end to banditry, all politicians in the country should write a “list of people to whom they have given weapons” so that the weapons can be recovered.

The politicians are the ones who give arms to the bandits in Nigeria. We don’t act like we don’t know. If we want to put an end to this banditry, all politicians should write a list of people they have given weapons to, so we can go and get it back. These are political thugs.

Watch the video below.