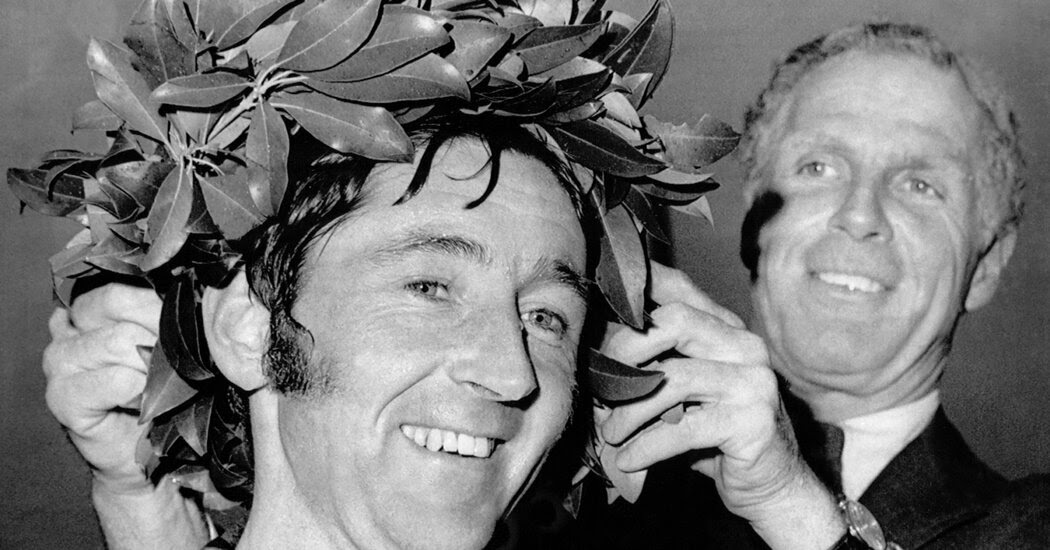 His success did not come quickly. His first major international competition was the marathon at the 1962 European Athletics Championships in Belgrade, then the capital of Yugoslavia. It failed to finish. At the 1964 Summer Olympics in Tokyo, he finished 19th in the marathon and 18th in the 10,000m race. But the following year, he broke the world record of 25,000 meters and 15 miles that he had been held by Emil Zatopek of Czechoslovakia.

Hill was not chosen for the British marathon team for the 1968 Summer Games in Mexico City, but he competed in the 10,000m event, finishing seventh. That year he also set two world records at 10 miles.

At the 1969 European Championships in Athens, Hill was getting tired in the final miles of the marathon, thinking he could only earn a silver medal, when he spotted the leader, Gaston Roelants of Belgium. Less than a mile from the end, Hill caught up with him.

“I wasn’t sure what to do,” he later said. “I thought, ‘Should I sit in the back and try to sprint past him or pass in front of him?’ I chose the latter and never looked back, because I was afraid to answer him. “

Hill won by about 34 seconds.

Seven months later he arrived in Boston as one of the favorites for the win.

“Boston was considered the classic marathon at the time, and I dreamed of it,” Hill told The Globe in 1988. “I couldn’t afford to quit my job and Boston wasn’t paying the bills. But I wanted to go and friends paid. a fund to send me. “

He finished sixth in the 1972 Olympic marathon, won by the American Frank Shorter.