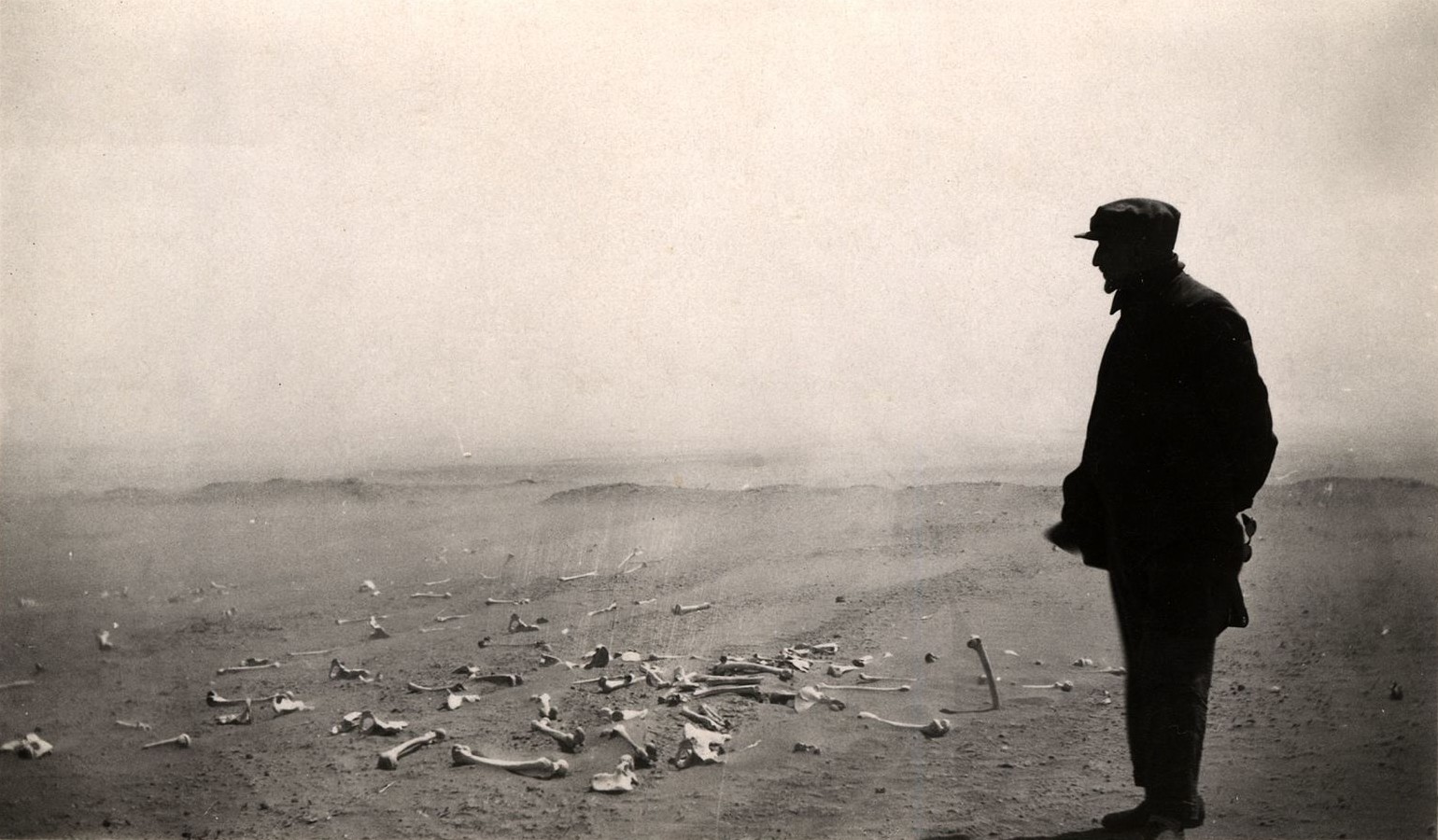 This piece is crossed from Global Justice in the 21st Century, the blog of JWE board member Richard Falk and was originally featured on Counter punch.

Alfred de Zayas is a lawyer, writer, historian, expert in the field of human rights and international law and a retired senior United Nations official.

[Prefatory Note: Subsequent to our article addressing alleged genocide by China against the Uyghur people, President Joe Biden declared the Armenian massacres of 1915 to be an instance of ‘genocide.’ Visit the original blog post here to find the statement addressing this issue.]

The misuse of the word genocide is contemptuous of the relatives of the victims of the Armenian massacres, the Holocaust, the Rwandan genocide – and also a disservice to history, law and the prudent conduct of international relations. We already knew we were adrift in an ocean of fake news. It is much more dangerous to discover that we too risk being immersed in the turbulent waters of the “false law”. We must reject with a sense of urgency. Such a development is not tolerable.

We thought that Biden’s election would spare us the threatening corruption of language of the kind spread by Donald Trump, John Bolton, and Mike Pompeo. We thought we would no longer be subjected to unproven, post-truth, and cynical concoctions of facts. Now it seems we were wrong.

We remember Pompeo’s bragging rights about the usefulness of the lie, we heard his incendiary accusations against Cuba, Nicaragua, his outlandish claims that Hezbollah was in Venezuela, his antics on Trump’s behalf – all in the name of MAGA.

Donald Trump and Mike Pompeo failed to make America great again. They managed to lower the already low opinion that the world had of America as a country that respected the rules established in the international arena. A decisive development in this downward spiral was George W. Bush’s megacrimine: the unprovoked invasion and devastation of Iraq, which UN Secretary-General Kofi Annan has called on more than one occasion an “illegal war. “. We observed Barack Obama’s involvement in the destruction of Libya, given a bitter resonance from Hillary Clinton’s unspeakable words about Gaddafi’s death uttered with imperial glee: “We came, we saw, he’s dead.” We cannot forget Trump’s criminal economic sanctions and financial blockades that punish entire societies in the midst of a crippling pandemic. These were crimes against humanity committed in our name. These sanctions were reminiscent of the ruthless medieval sieges of cities, aimed at subjecting entire populations to starvation. Let’s think back to the million civilian casualties caused by the German blockade of Leningrad 1941-44.

No, to make America great again, it seems perverse to suppose that this can happen by continuing to behave as an international bully, threatening and beating entire peoples. No, in order for America to be respected and admired in the world, we can and must begin by reviving the legacy of Eleanor Roosevelt, rediscovering the spirit and spirituality of the Universal Declaration of Human Rights and, more generally, recalling the peace-oriented humanism of John F. Kennedy.

We can and should ask for more of Joe Biden and Antony Blinken. The unproven allegations of “genocide” in Xinjiang, China, are unworthy of any country, and above all, of the country that wants to act as the leading international human rights defender. Raphael Lemkin would turn in his grave if he learned that the crime of “genocide” has been so grossly exploited to beat the drums of synophobia. The sudden ferment of US interest in the fate of the Uighur people seems less motivated by compassion or the protection of human rights than has been raised by the more cynical pages of the Machiavellian script of geopolitics.

Genocide is a well-defined term in international law – in the 1948 Genocide Convention and Article 6 of the Rome Statute. The most authoritative international courts have separately agreed that the evidence of the crime of genocide depends on an extremely convincing presentation of facts, including the documentation of a Intention destroy all or part of a national, ethnic, racial or religious group. The International Criminal Tribunal for the former Yugoslavia, the International Criminal Tribunal for Rwanda, the International Court of Justice – all have tried to provide authoritative evidence of “intent”, treating intent as the essential element in the crime of genocide. This jurisprudence is what should guide our politicians to come to cautious conclusions about the existence of credible reasons for making allegations of genocide, given its incendiary effects. We should ask ourselves if the factual situation is clouded, calling for an independent international investigation followed by further action if deemed appropriate, and in the world with nuclear weapons, we should be extremely careful before making such an accusation.

Mike Pompeo’s allegation that China was committing genocide in Xinjiang was not supported by even a hint of evidence. It was a particularly irresponsible example of an ideological attitude at its worst, and moreover, an embrace of reckless geopolitics. That is why it is so shocking to us that the 2021 US State Department Human Rights Report repeats the “genocide” allegation in its executive summary, but don’t even bother to mention such a provocative allegation in the body of the relationship. This is an irresponsible, unreasonable, unprofessional, counterproductive and, above all, dangerously incendiary accusation, which could easily get out of control if China were to choose to respond in kind. China would be on firmer ground than Pompeo or the State Department if it accused the United States of “continuing genocide” against the First Nations of the Americas, Cherokee, Sioux, Navajo and many other tribal nations. We can only imagine the angry backlash if China had been the first to talk about genocide.

By making unsubstantiated claims, the US government is seriously undermining its authority and credibility to revive its role as a global leader. To play this constructive international role it does not perform by “arming” human rights against China or Russia. Conversely, a foreign policy dedicated to the genuine promotion of human rights would require international cooperation in conducting reliable investigations into serious human rights violations and international crimes, wherever they occur, whether in India, Egypt, China, Russia, Turkey, Saudi Arabia. , Myanmar, Yemen, Brazil, Colombia. We hope Biden’s Washington is confident enough to even be receptive to investigations undertaken in response to allegations of violations against the United States of America and its closest allies in Europe and elsewhere.

The Orwellian corruption of language by US government officials, double standards, the spread of fake news by the mainstream media, including the “quality press” and CNN, self-appointed as “the most popular name. reliable in the news “are eroding ourselves-respect. Indeed, the manipulation of public opinion that undermines our democracy as we succumb to the exaggerations of the wrongs of others that take an extra bite of hostile propaganda and are driving the world to the brink of a prohibitive geopolitical precipice, and in the process, increasing the prospects of a new cold war, or worse.

The Biden administration should at least show respect for the American people and international law by ceasing to belittle the meaning of the word “genocide” and by ceasing to treat human rights as a geopolitical instrument of conflict. Such irresponsible behavior may soothe Trumpists’ nerves and shape a facade of unity based on portraying China as the new “evil empire,” but it is a foreign policy ploy that should be dismissed as it appears to be a recipe for global disaster.