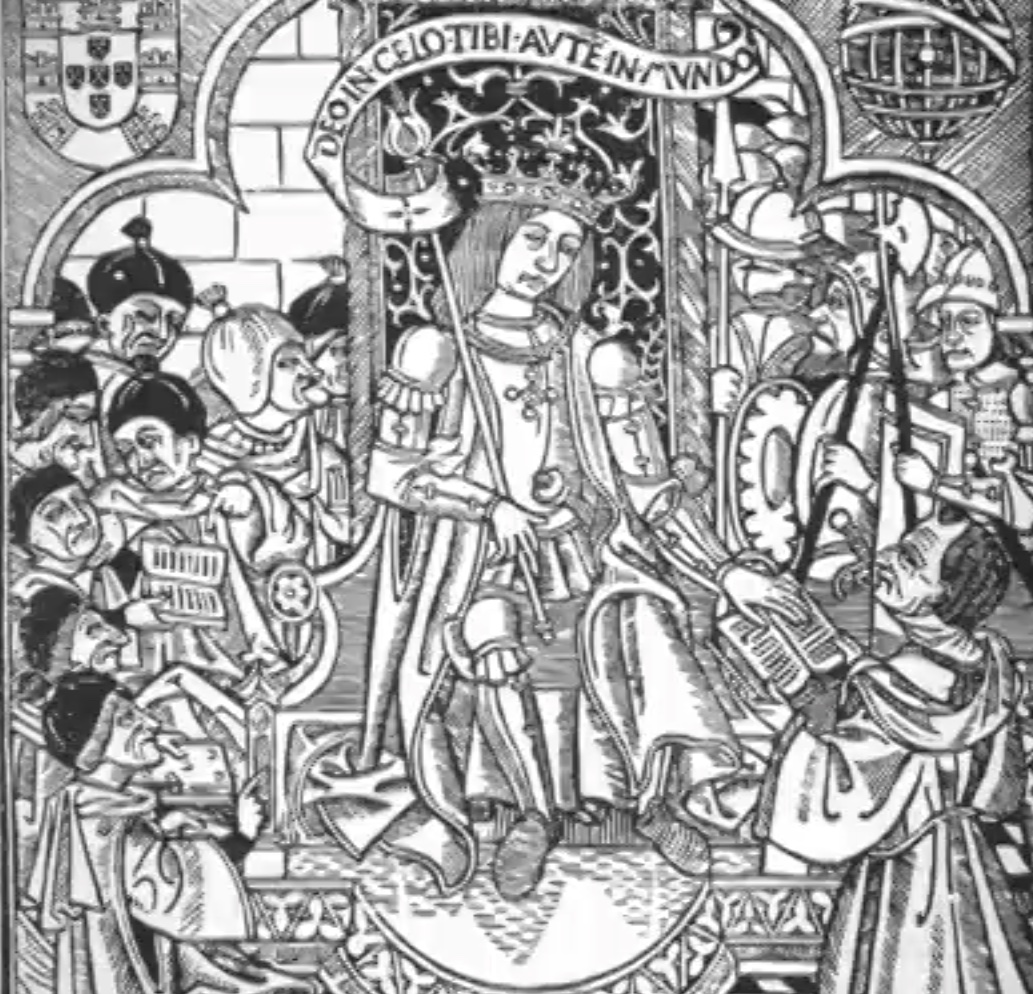 In the long essay on the birth and early decades of the Portuguese empire that I published last week, I referred to the uses of Portuguese conquerors facts of “exemplary terror” as they built their global empire based on trading forts in the 15th and early 16th centuries AD Any history of this empire contains numerous examples of such uses of brutality that are extremely shocking. Roger Crowley’s book, Conquerors: how Portugal forged the first global empire focuses primarily on the efforts of the Portuguese monarchs and the military / naval commanders they employed to establish heavily armed trading bases around the coasts of Africa and then along the shores of the Indian Ocean. It contains many references to the use of exemplary violence. Among them, these:

In 1502, Da Gama led his second flotilla from Lisbon. This was also the fourth of the heavily armed annual expeditions that Portuguese King Manuel I sent to take the complex Atlantic Ocean route to and then around the tip of southern Africa and then into the Indian Ocean. the details of this shipment are here.

Da Gama’s orders from King Manuel were to “guard the mouth of the Red Sea Strait, to ensure that the ships of the Muslims of Mecca did not enter or leave it, since it was they who harbored the greatest hatred for us, and who more prevented our entry into India … “(Crowley, p.100.) As they traveled north along the East African coast, they used the crude” diplomacy “of gunboats to impose harsh trading conditions on the Sultan of the key trading port there , Kilwa. Then, they sailed to the Malabar coast of southwest India, where they posted sentries atop 900-foot-high Mount Deli to look for Muslim ships sailing south from the Red Sea. , they spied a big gunman dhow coming down from the north. He was called Miri. It was returning from the pilgrimage to Mecca and was carrying 240 men, including a number of wealthy merchants, as well as women and children.

Crowley tells us, p.105, that the Miri he surrendered to Da Gama’s well-armed ships without a fight: “There were well-observed rules along the Malabar coast. It had become customary to pay a toll if intercepted by pirates in certain stretches, and the merchants were well supplied, confident that they could pay in their own way ”. The main merchant on board began trying to negotiate this “toll” with the new group of pirates who had arrived on this stretch of sea, and eventually agreed to extremely harsh conditions, letting the Portuguese come aboard to collect. But Da Gama wanted something other than the loot. Crowley, pp. 106-07:

For the disbelief of the Mirithe passengers … the ship was stripped of its rudder and equipment, then towed some distance away from the lifeboats. The bombers boarded the ship, deposited gunpowder and lit it. Muslims were to be burned alive … For five days, the disabled Miri floated on the warm sea.

As the remaining passengers of the boat became more and more upset, there was one last, fierce hand-to-hand combat battle with a Portuguese ship that was trying to embark, but eventually sank, taking all of its passengers and crew with it. except, according to some accounts, his pilot and twenty children who Da Gama ordered to be saved and “converted” to Christianity. Crowley wrote (p.109):

The terrible slow motion fate of Miri shocked and perplexed many later Portuguese commentators; by Indian historians, in particular, it has been interpreted as a signal of the beginning of Western imperialism on ships …

Along the Malabar coast, the Miri accident was neither forgotten nor forgiven. It would be remembered for centuries: the great sins cast long shadows, in the Spanish proverb. But [Da] Gama had just started. His blood was high.

2. The terror of Albuquerque along the coasts of Yemen and Oman, in 1507

The King of Portugal Manuel was intent on continuing to attack the Muslim heart in the Arabian Peninsula. But perhaps in 1506, when he sent another armed fleet into the Indian Ocean, he had begun to judge that a long-term policy of encircling the Muslim heart, before attacking it, might have been wiser. The whole idea was ambitious, to the point of unconsciousness, but he had a lot of tough, reckless men working for him. It took more than 10,000 miles of navigation for the fleets to get from Lisbon, around South Africa, to Arabia. It took two years for a fleet to come and go, and therefore also to send reports and to formulate, transmit and receive new instructions.

However, Crowley tells us (p.170) that the new instructions sent with the 1506 navigation specified that this expedition was to protect the mouth of the Red Sea and capture Muslim cargo ships, as before, but also to “establish treaties in places that seem useful. like Zaila, Barbara and Aden, they also go to Ormuz and learn all about these parts ”.

The commander in charge of doing this was a seasoned old man named Afonso de Albuquerque, who clearly seemed to surpass his instructions. Crowley tells us, p.172, how he fought along the coast of Oman:

Some of the ports along the coast of Oman meekly submitted. Others resisted and were fired. Swarms of criminalized sailors from Lisbon prisons looted, murdered and burned. Exemplary terror was a weapon of war, intended to soften the resistance further downstream. In this way, a fort of small ports went up in flames. In each, the mosque would be regularly destroyed; the destruction of Muscat, the commercial center of the coast … was particularly ferocious … Albuquerque was intent on transmitting terror before him: “He ordered the ears and noses of the captured Muslims to be cut off and sent them to Ormuz as a testimony of their misfortune “.

(The banner image at the beginning of this post is part of a 20th century mural by Afonso de Albuquerque by Jaime Martins Barata, located in a “Palace of Justice” in Lisbon.)

Crowley has an entire chapter, Chapter 19, entitled “The Uses of Terror”. Its main goal is the capture of Goa by Albuquerque in 1510, the main commercial hub in western India which would serve as Portugal’s headquarters on the subcontinent from then until 1961. On p.252, Crowley includes the following translation of the report Albuquerque sent to King Manuela regarding this:

I burned the city and killed everyone. For four days without stopping our men massacred … wherever we managed to enter we did not spare the life of a single Muslim. We piled them in mosques and set them on fire. I ordered that neither the [Hindu] neither the peasants nor the brahmins should be killed. We have estimated the number of dead Muslim men and women at six thousand. It was, sire, a very beautiful action.