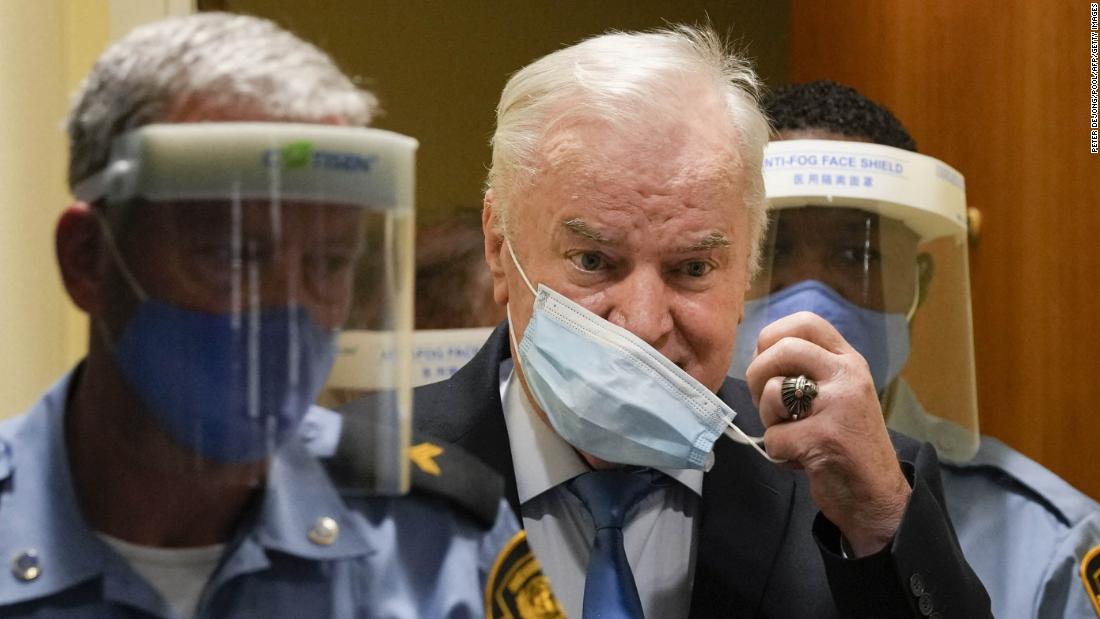 Mladic, 79, was sentenced to life in prison in 2017 after being found guilty of genocide for atrocities committed during the Bosnian war from 1992 to 1995.

Mladic was charged with two counts of genocide and nine crimes against humanity and war crimes for his role in the conflict in the former Yugoslavia, where around 100,000 people were killed and another 2.2 million displaced. He was found not guilty of a genocide charge, but received a guilty verdict on each of the other 10 counts.

The trial, which opened in 2012, took place at the International Criminal Tribunal for the former Yugoslavia (ICTY) in The Hague, the Netherlands. The ad hoc tribunal was set up to prosecute crimes committed during the Balkan conflict.

The European Union said that the UN court’s decision to uphold Mladic’s life sentence “ends a key trial in recent European history for war crimes, including genocide, which took place in Bosnia and Herzegovina. Herzegovina “.

“In remembering those who have lost their lives, our deepest condolences go out to their loved ones and to those who survived,” the EU External Action Service said in a statement.

“The denial of genocide, revisionism and the glorification of war criminals contradict the most fundamental European values. [Tuesday’s] The decision is an opportunity for the leaders of Bosnia and Herzegovina and the region, given the facts, to lead the way in honoring the victims and promoting an environment conducive to reconciliation to overcome the legacies of war and build lasting peace “, he added.

Who is Ratko Mladic?

Born in Kalnovik, Yugoslavia (now Bosnia and Herzegovina) on March 12, 1942, Mladic graduated from a military academy and joined the Communist Party in 1965.

Mladic was appointed commander of the Bosnian Serb Republic Army Staff (“VRS”) in 1992. He led the siege of Sarajevo, where his armed forces heavily cut off the city from the outside world.

Mladic was accused of orchestrating an ethnic cleansing campaign, including the massacre of thousands of Muslim men and boys in Srebrenica in July 1995. It is the worst massacre in Europe since World War II.

After the war ended in 1995, Mladic fled before being found 16 years later when police raided the garden of a small house in northern Serbia.

Although he had two guns, he surrendered without a fight. He was then extradited for trial to the Netherlands.

James Masters contributed to this report.