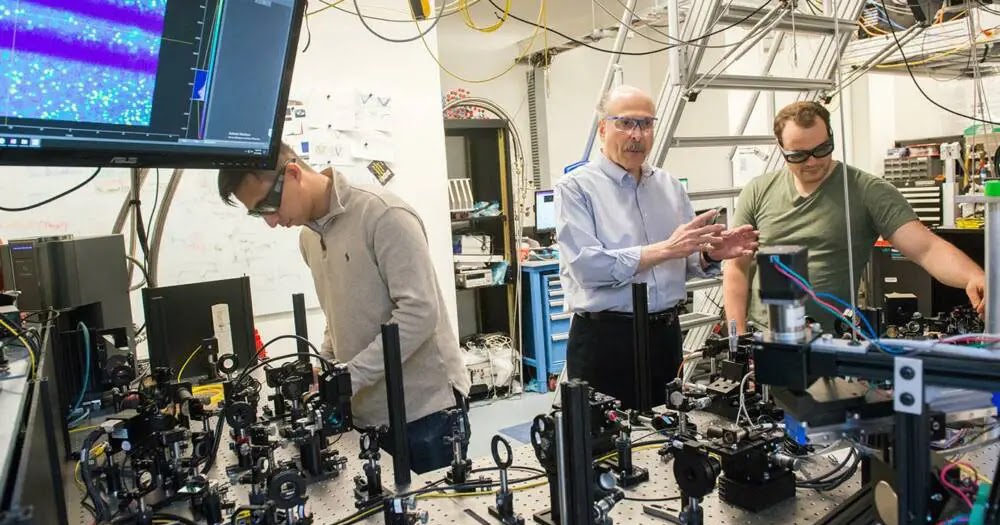 The project became known to the conference of United States Department of Energy (DOE) at the University of Chicago. Officials have detailed a strategy for developing the technology and believe they can bring quantum networks online within ten years. According to them, they will usher in a new era of communications and make the United States the leader of the “quantum race”.

“The Department of Energy is proud to play an important role in the development of the national quantum Internet,” said department head Dan Briett. “By creating new and evolving technology, the United States is supporting and expanding the field of quantum research.”

The new type of Internet is not intended to completely replace the usual: it will work in parallel, as an additional secure network for certain sectors of science and industry, and to ensure national security.

The plan for its creation was developed in February of this year, at a meeting of representatives of the national laboratories of the Ministry of Energy with scientists. They presented a development strategy based on the National Quantum Initiative Act, signed by President Donald Trump in 2018. This includes building secure quantum protocols and local networks, and then extending them across states with quantum “repeaters” that amplify the signal. Scientists also want to create quantum networking devices and ways to store and route quantum information .

17 doe the laboratories will be involved in the development . Researchers from the Aragonese National Laboratory and the University of Chicago have already created a quantum cycle nearly 84 kilometers long in a Chicago suburb. This is where one of the longest terrestrial quantum networks in the country is being born.

The next step will be the union of the Fermilab laboratory (National Accelerator Laboratory named after Enrico Fermi), together with which the construction of a three-node test bench with a length of almost 130 kilometers is planned. “Decades later, when we look back on the dawn of Quantum Internet , we can say it started in Chicago, ”said Nigel Lockyer, director of Fermilab.

Paul Dabbar, US Undersecretary of Science, believes quantum networks will bring the country closer to creating a completely Safe Internet . Quantum transmissions will be nearly impossible to intercept. In theory, the encryption keys will be transmitted using qubit , when an attempt to break is made, they will begin to be destroyed and then spawned again.

The quantum internet will also enable faster transmission of large amounts of data and the creation of super-sensitive quantum sensors that scientists hope to use to predict earthquakes and search for mineral deposits.

Development is carried out not only in the United States. In China, between Beijing and Shanghai, a quantum network already exists two thousand kilometers long, and in Europe, according to Austrian researchers, such an Internet could appear in five years.