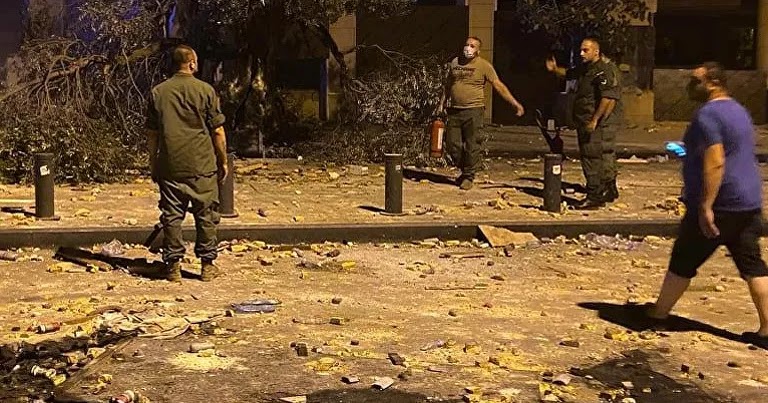 According to him, the protesters are shouting the slogan “We are the state”.

The Lebanese army warned protesters on Sunday not to go beyond peaceful protests. The communiqué from the army command is quoted by the Al Arabiya TV channel.

“We will treat those who use violence accordingly,” says the appeal.

On Sunday, Al Arabiya TV reported that in the afternoon, protesters resumed gathering in the central streets of Beirut. According to him, requests to participate in the action were disseminated in the morning through social networks. In the evening, the demonstration degenerated into clashes between demonstrators and security forces in the area where the Lebanese parliament is located. Police began using tear gas and rubber bullets to disperse protesters.

A demonstration took place in central Beirut on Saturday, which resulted in riots. Previously, opposition party leader Kataib Sami Gemayel called for massive anti-government protests. Protesters, in particular, accused Lebanon’s ruling coalition of corruption and called for early elections and an independent investigation into the August 4 explosion in the port of Beirut, which killed more than 150 people and destroyed much of the infrastructure. of the capital.