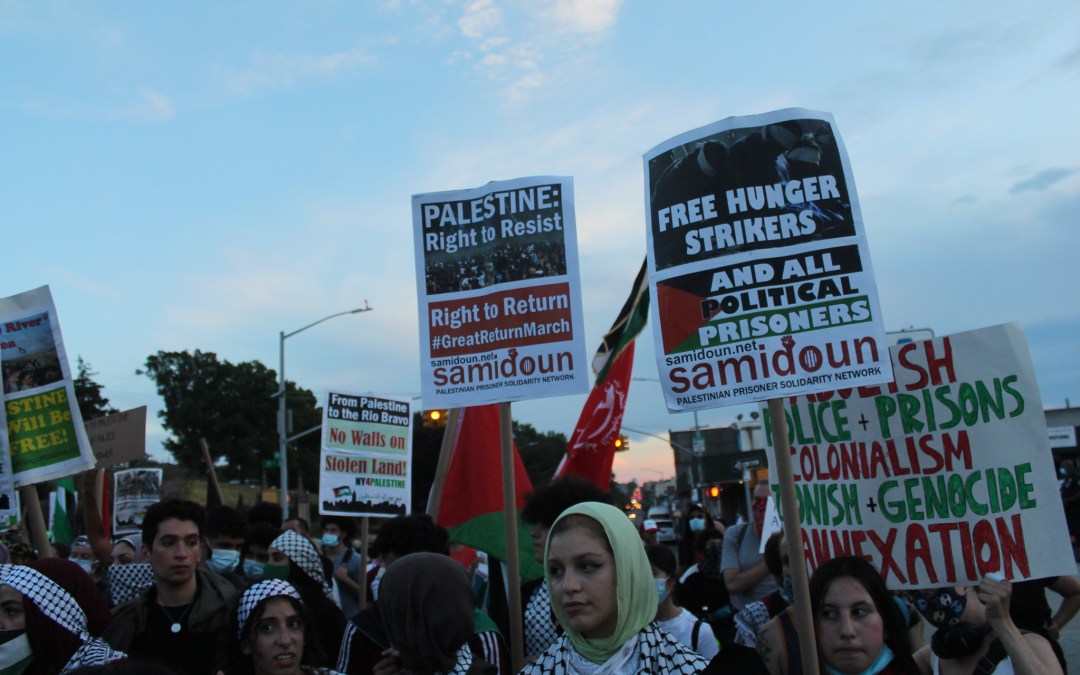 This next piece, by Palestinian rights activist Yousef Aljamal was crossed by Politics today

While researching the problem, I was shocked at the immense suffering and torment that prisoners and their families have been subjected to over the years. Today many in the West know Bobby Sands, the Irish prisoner who died in 1981 on a hunger strike, but few know Marwan Barghouti, a veteran Palestinian prisoner and political leader. Palestinian political prisoners have many stories that the world needs to hear. They could be the key to many problems today that will affect the course of events in Palestine for years to come.

A few years ago, I had the chance to interview former Palestinian political prisoner Muhammad Abushawish, a neighbor, novelist and cat lover. Abushawish passed away in April 2020 due to illness and health complications resulting from his incarceration in Israeli jails which lasted a total of 14 years. Abushawish was arrested seven times by the Israeli army; on his first arrest he was only six years old.

Abushawish’s desire was to be accountable to his captors and interrogators before it was too late. He wrote a novel in Arabic documenting his torture in Israeli prisons titled Before my tormentor is dead. However, he died before he could face his tormentors and those of other Palestinian political prisoners: the latest of his tortures involved lighting a match under his genitals.

The story of Abushawish is no different from that of Ahmad Alhaaj, now 87, arrested in 1967 by the Israeli military and imprisoned for nearly three years. While in prison, he was subjected to hanging and torture which caused him to lose consciousness. Jokingly, his captors offered him a pair of sinister socks to use because he was leftist. Today, Alhaaj is as determined as he was when he first left to return to his village of Al-Sawafir in what is now Israel: imprisonment hasn’t changed his mind.

Starting from March 2021According to Addameer, an association supporting Palestinian prisoners and for human rights, there are 4,450 Palestinian political prisoners held by Israel. Of these prisoners, 33 have spent more than 25 years in prison, 543 are serving life sentences, 300 are from Jerusalem, 250 are from the Gaza Strip, 70 are Israeli citizens, 140 are children in prison, 37 are women and 440 are administrative detainees.

Al-Jabis he has been arrested in 2018 and sentenced to 11 years in prison. He suffers from third degree burns and is a victim of medical negligence according to his family. Almost 60% of his body is covered in burns and he has lost two fingers. Israel accuses her of attempting to carry out an attack with a rammed vehicle.

However, al-Jabis denies the allegation, stating that her car caught fire and when she attempted to get out, Israeli forces at a nearby checkpoint blocked her door and prevented her from doing so, causing her severe burns. Along with the issue of female prisoners, administrative detention is one of the most challenging forms of arrest for Palestinians.

Administrative detention is one of the most unfair systems used by Israel against Palestinian prisoners. Having its legal roots in the practices of British colonial rule in Palestine, the Israeli authorities use this law to detain Palestinians without charge or trial for indefinite periods of time. Their detention can be renewed every six months, they are never charged or sentenced and they are detained on the basis of “secret evidence”. Some Palestinians have been held in administrative detention for up to 15 years without a single charge.

Not even Palestinian children have been spared from Israeli detention. The torment of Palestinian children in Israeli prisons may seem shocking to many. Malak al-Khatib was only 14 when she was arrested in 2015 by Israeli forces as she unknowingly entered a closed Israeli military zone while attempting to pick up a wildflower on her way home from school. He served two months in prison before he was released.

Under Israeli law, which does not apply to Israelis living in the West Bank, Palestinians under the age of 16 are considered children. Palestinian children are tried before a kind of military court where harsher sentences are imposed. These children, just like adults, are detained outside the Palestinian Territories in violation of the Geneva Conventions. Some of them are placed under house arrest by Israeli courts, where their families become their own jailers, fearing they will have to pay fines if their children leave home.

In 2015, Ayman Abbasi, a former Palestinian child prisoner, was shot dead in Jerusalem during a peaceful protest against Israeli policies. The Israeli army tried to kidnap his body for use in future trade deals with the Palestinians. This policy, which has been in place for years, amounts to collective punishment. The mourners tried to smuggle Abbasi’s body, jumping from wall to wall, and managed to bury him before Israeli forces succeeded in their plans. However, this meant that his family was unable to say goodbye to him.

Despite the existence of many tragic stories, some Palestinian prisoners have been able to turn their cells into schools. There are several examples of Palestinian prisoners who were able to finish their bachelor’s and master’s degrees while incarcerated. However, several years after its inception, the Israel Prison Service (IPS) suspended all access to education for Palestinian prisoners. Palestinian prisoner Hilal Jaradat from the West Bank city of Jenin, who was deported to Gaza after his release in 2011, was able to learn 16 different languages ​​while in prison.