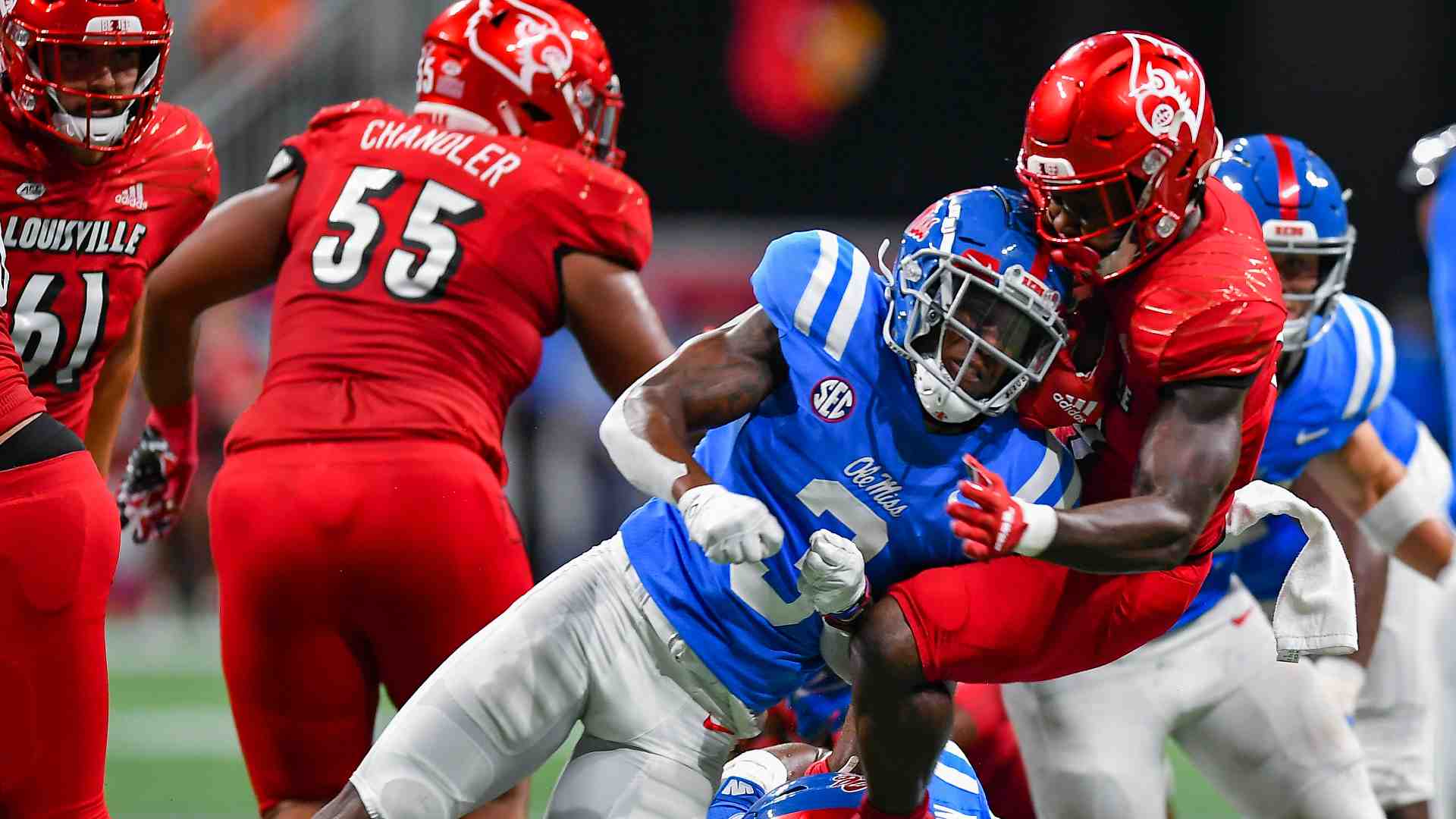 Ole Miss jumped 26-0 ahead of Louisville midway through Monday’s game, but at a significant cost to her defense. The rebels lost two players for targeting red cards.

The flags began flying with a call against Rebels linebacker Mark Robinson for his shot at Cardinals running back Hassan Hall towards the end of the first quarter. Robinson’s targeting was not striking, although he dropped his helmet during the tackle, resulting in his ejection.

Minutes after Robinson was sent off, the referees imposed a clearer aiming penalty against Louisville: two players – linebackers Monty Montgomery and Jack Fagot – lowered their heads and made helmet-to-helmet contact with Ole’s quarterback. Miss Matt Corral, who was in the act of slipping. Montgomery’s blow was particularly hard, knocking Corral’s head into the turf after the collision.

After review, the aiming penalty was only directed against Montgomery.

After a kick-off after the Rebels scored to gain a 16-0 lead, Louisville received his second penalty on target. Cardinals goalkeeper Tabarius Peterson was the third player to be called up for targeting with around 10 minutes left in the first half.

Three target calls before halftime were enough to elicit angry reactions on social media. From fans to college football analysts, everyone has an opinion on the NCAA’s targeting expulsion rule.

The fourth penalty on target of the match was called against Ole Miss Lakia Henry’s linebacker, with just under six minutes left in the first half.

This was the final expulsion of the game so far.