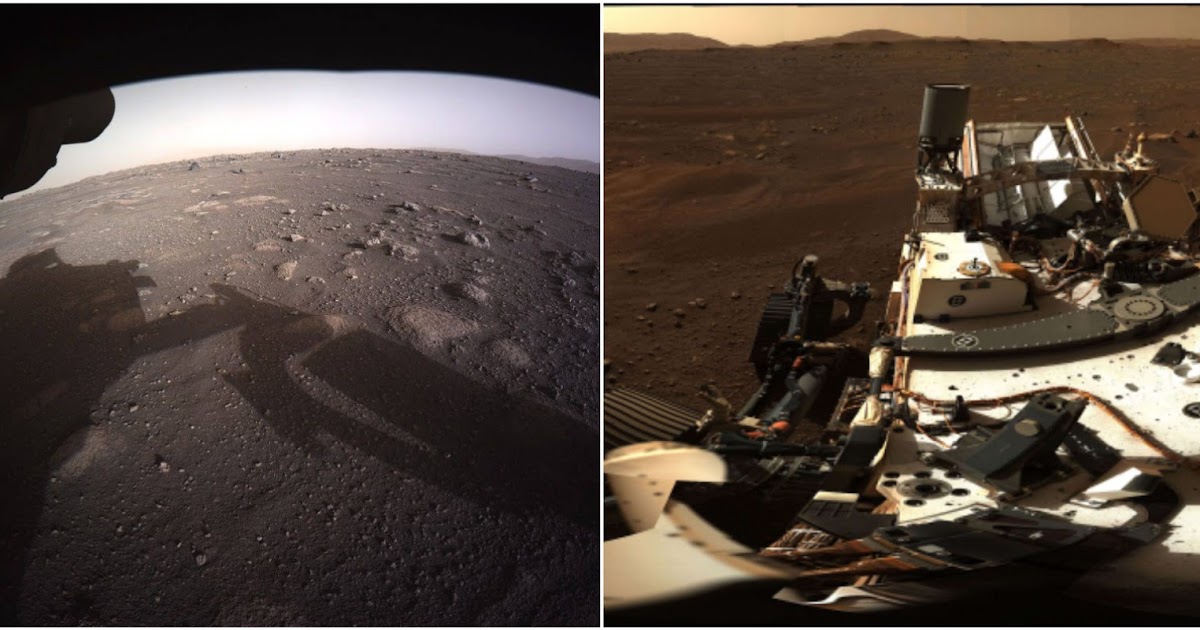 Less than a week into its Mars mission, the Perseverance rover has already sent a series of postcard images.

NASA scientists recently put together 142 photos from the rover’s cameras to create a high-definition 360-degree panorama of the surface of Mars (below). The image, released Wednesday, shows all sides of Jezero Crater, an ancient Martian lake bed 28 miles wide.

A 360-degree panorama, consisting of 142 images captured by Mastcam-Z during the third day of the Perseverance rover on Mars.

The panorama was made possible by the rover’s Mastcam-Z tool, a pair of cameras on its mast, which can rotate in a full circle. The cameras have powerful zoom capabilities to allow scientists to inspect small details. Mastcam-Z can also record high definition video and 3D images. NASA will use these tree cameras to determine which rocks are worth sampling and which should be collected and returned to Earth in the future.

The edge of Jezero crater as seen by the Mastcam-Z instrument aboard NASA’s Perseverance Mars rover.

“We are located right in an ideal spot, where you can see several features similar in many ways to the features found by Spirit, Opportunity and Curiosity at their landing sites,” Jim Bell, one of the leaders of the Mastcam-Z instrument team, said in a press release. (Spirit, Opportunity, and Curiosity are three of NASA’s previous Mars rovers.)
NASA has also turned the panoramic image into a video that you can drag left and right to see the view from Perseverance’s perspective.
Perseverance hasn’t started roaming Mars yet, but NASA has already released more than 4,700 images from the rover, with many more on the way. “It was a flurry of data,” Justin Maki, an imaging scientist at Perseverance and head of the instrument’s operations team, said at a press conference Monday. 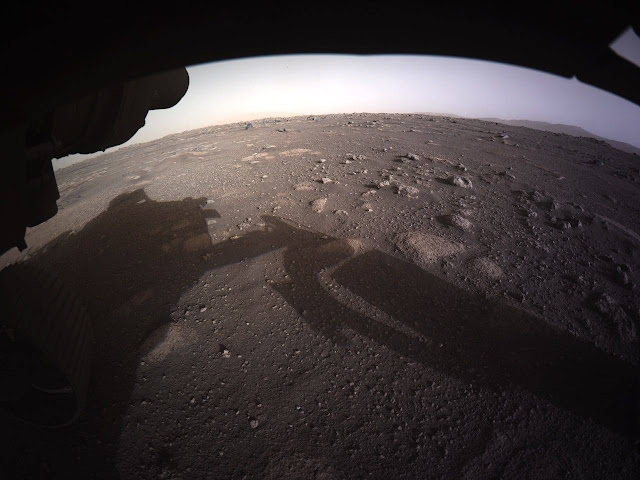 The first high-resolution color image sent by Hazard cameras on the underside of NASA’s Perseverance Mars rover after it landed on February 18, 2021.

The new photos reveal the sand dunes, rocks and distant 200-foot-high cliffs of Jezero Crater. It’s the most dangerous terrain any Mars landing has targeted.

“I review images for Mars, like, every day. That’s what I do. And when I saw these images come down, I have to say I was really amazed,” said Maki. “I know it has been a difficult year for everyone and we hope that perhaps these images can help brighten people’s day.”