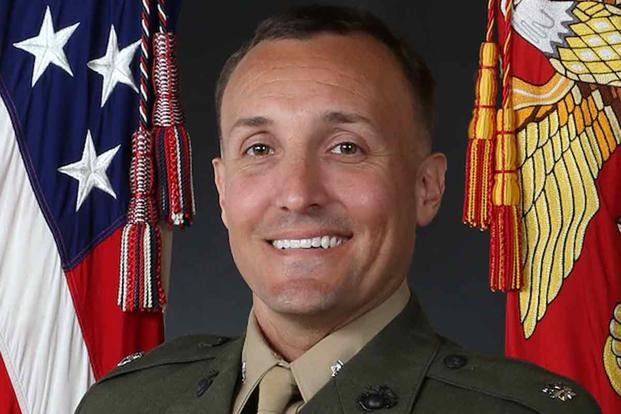 Daily mail: Lieutenant Colonel Stuart Scheller is released from brig TODAY: Marine who was jailed for criticizing withdrawal from Afghanistan is free after public support collapses

* The charges were filed and he was released pending court martial

* He submitted a request for resignation but was not accepted

Lieutenant Colonel Stuart Scheller Jr. is released from the military brig today after gaining an avalanche of public support for his condemnation of the withdrawal from Afghanistan.

Scheller Jr. was jailed on Monday at Camp Lejeune in North Carolina for repeatedly criticizing the chaotic military withdrawal from Kabul.

It was three days until retirement when he was stripped of his post and thrown into grim prison neighborhoods awaiting military trial for outrage.

WNU Editor: He may be out of jail, but he’s under a gag order.