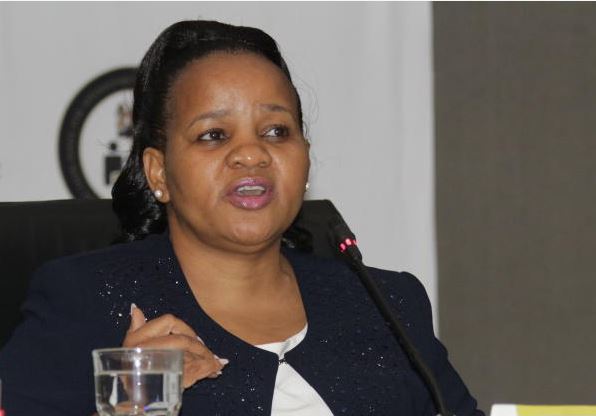 In a notice on Wednesday, President Wafula Chebukati said Cherera was unanimously elected yesterday at a meeting held at the election agency’s boardroom.

“Commissioner Juliana Cherera was unanimously elected Vice-President of the Commission at a plenary meeting held in the IEBC boardroom on Tuesday, September 14,” Chebukati said.

He will replace Chebukati and will work closely with the President to ensure that Commissioners are fully facilitated in the exercise of their duties at all times and will ensure that the committee’s decisions are fully implemented.

Cherera is among the four IEBC commissioners recently loaned by Supreme Court President Martha Koome to the Nairobi Supreme Court.

Francis Wanderi, Irene Cherop, Justus Abonyo and Juliana Cherera were sworn in on September 2, in a ceremony conducted by Chief Chancellor of the Judiciary Anne Amadi.

During interviews conducted in July, Cherera told the speakers that she would prioritize the participation of minority groups during the elections, if successful.

He said the top of his strategy would be to ensure inclusion during the election period.

The commissioners will remain in office for six years.

The four fill the vacant positions left after the resignations of Roselyn Akombe, Margaret Mwachanya, Paul Kurgat and Connie Maina.