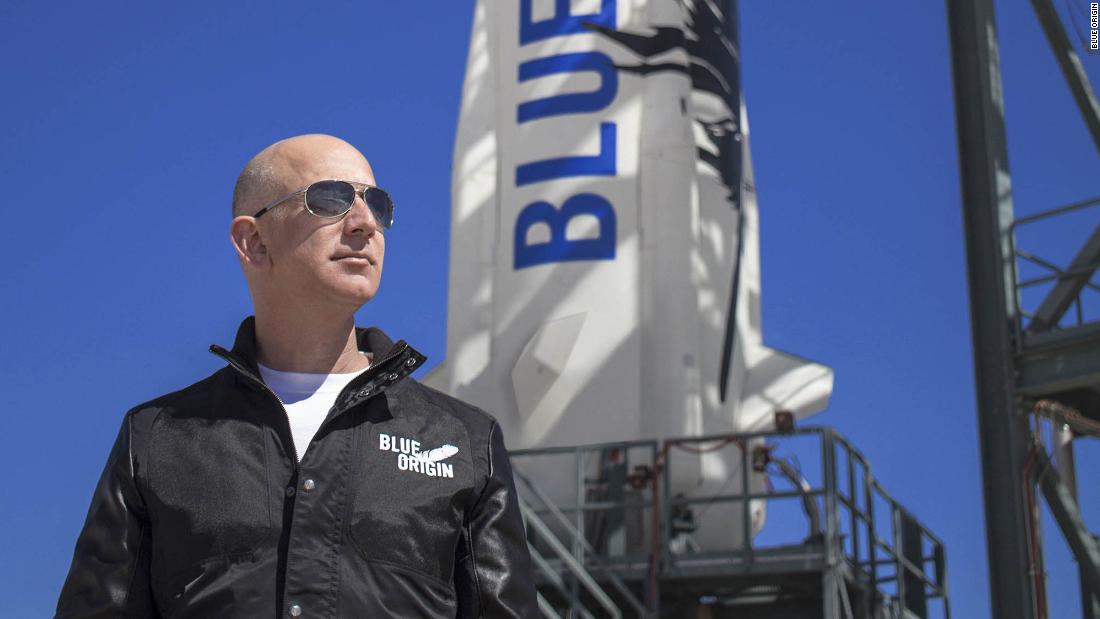 Amazon founder Jeff Bezos is set to fly to space today on the first crewed flight of the New Shepard, the rocket ship made by his space company, Blue Origin.

Bezos — who recently stepped down as Amazon’s CEO — will be one of six people on the flight.

The company’s six-seater capsule and 59-foot rocket will tear toward the edge of space on an 11-minute flight that’ll reach more than 60 miles above Earth.

Blue Origin has spent the better part of the last decade running the New Shepard rocket through a series of successful test flights that have been fully automated and, thus far, carried no humans.

Some context: If all goes according to plan, Bezos — the world’s richest person with a net worth of $187 billion — will be the second of the billionaire space tycoons to experience a ride aboard the rocket technology that he’s poured millions into developing. Richard Branson flew to space earlier this month aboard a supersonic space plane developed by his company, Virgin Galactic.