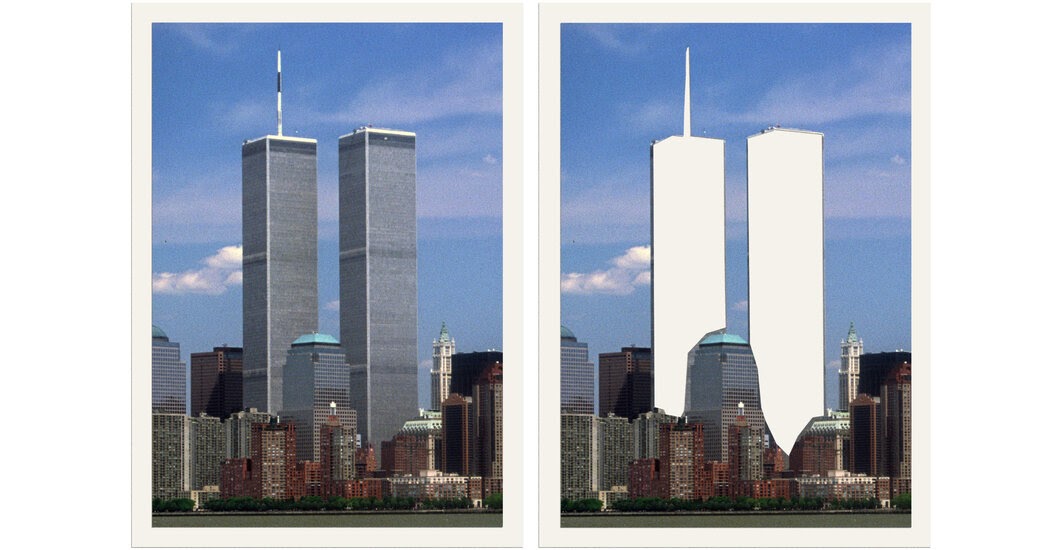 Or not. Part of what Akhtar alludes to in his book – this novel-as-memory, or memory-as-novel, which kindly evades the requirement of your choice – is that identity is not about argumentation but about experience. This experience is not static; it exists over time, absorbing and responding to the world it evolves into.

Among the legacies of Orientalism observed by Said, there was a compulsion to make hateful distinctions. We are this; we are not that. I am this; I’m not that. But in “Homeland Elegies” Akhtar slips between identities, between ideas, between worlds. Like Giulio in “Città Aperta”, he stands up to those who try to claim him. “This is why I have never expressed my thoughts except indirectly”, writes Akhtar, “through this particular prevarication called art”.

In the following six works, critics choose additional works and themes to help analyze everything from immediate 9/11 reaction to long-term changes in literary culture.

The wars that followed

Robert Stone called the Vietnam War a “10,000 mile long mistake”. The fiction that emerged from the after seven. 11 misadventures in Iraq and Afghanistan have largely taken on a similar tone. It took Denis Johnson three decades to give us, in The Smoke Tree, the kaleidoscopic novel that Vietnam deserved. We don’t have this novel about the most recent wars yet. What we have is Kevin Powers’ novel “The Yellow Birds” and Phil Klay’s stories in “Redeployment,” both of life on the ground in Iraq, both sensitive and pulverizing. We have Ben Fountain’s “Billy Lynn’s Long Halftime Walk,” a sardonic and disillusioned portrait of a war hero who has come home too briefly. Two outliers remain with me. One is Iraqi novelist Ahmed Saadawi’s “Frankenstein in Baghdad,” a bitterly amusing tale about a scrap dealer who unknowingly creates a sentient monster from body parts scattered across the streets from explosions. The other is John Wray’s “Bargain” about a young American who, disguising herself as a boy, becomes a Muslim and makes her way to the forefront of Afghanistan. Fountain said in his novel: “Americans are children who have to go elsewhere to grow up, and sometimes they die.” —DG

A story captures everything

Deborah Eisenberg’s story “Twilight of the Superheroes” is a fictional response to 9/11 that I keep re-reading. There is a compressed intensity – a tube in the world that carries in the amount of space a complete novel normally takes up just to warm up. The story begins in a fun and intimate way, it takes place in a New York City where everyone is obsessed with the looming apocalypse of the year 2000. With the 9/11 attacks it radiates outward, so as the bloodshed unfolds. pushes away and what happened that Tuesday morning is becoming a source of both unresolved trauma and background noise.

“Things, in a grotesque sense, are back to normal,” thinks one character. But normal is not the same as real. While all lightness (“good heart, irreverent waste”) may sound like the New York that existed before the bombings, that old reality itself was a fantasy: “You can’t help but know somehow that what you see is just the curtain, and you can’t help but guess what might be behind it. —JS

Mario Puzo, the author of “The Godfather”, died in 1999. Among his last words, according to a friend, was: “Thank God, I won’t have to worry about the Internet. 9/11 was the first global event collectively experienced online; it has changed the way technology infiltrates our lives. The next morning, everyone who didn’t have a cell phone bought one. As Joshua Cohen wrote in “The Book of Numbers”, “Suddenly losing contact was dying.” Semi-resistance fighters such as Shirley Hazzard (“The Audible Cell Phone Nightmare”), Stephen King (who wrote a novel about zombies triggered by faulty cell signals), Jonathan Lethem and some of the characters from Jonathan Franzen’s “The Corrections”. who feared that cell phones were vulgar, fell into oblivion. The crime novelists have been affected: it has become more difficult to have lonely people. A new type of anomaly was detected and evaluated. In “Motherhood”, Sheila Heti described “the empty feeling of the Internet in me”. Jennifer Egan, in “A Visit From the Goon Squad”, remarked how “everyone seems stoned because they email people all the time they talk to you.” Yet there were also new forms of connection. In Joseph O’Neill’s “Netherlands”, a father whose son has been taken away flies over his son’s house every night, “hovering over Google’s satellite function”, looking for something in the “pixelless” pixels. depth ”, thousands of kilometers away, it can resist. It is unbearably moving. —DG

Foolishness’ Meghan and Harry ‘contradicted each other’