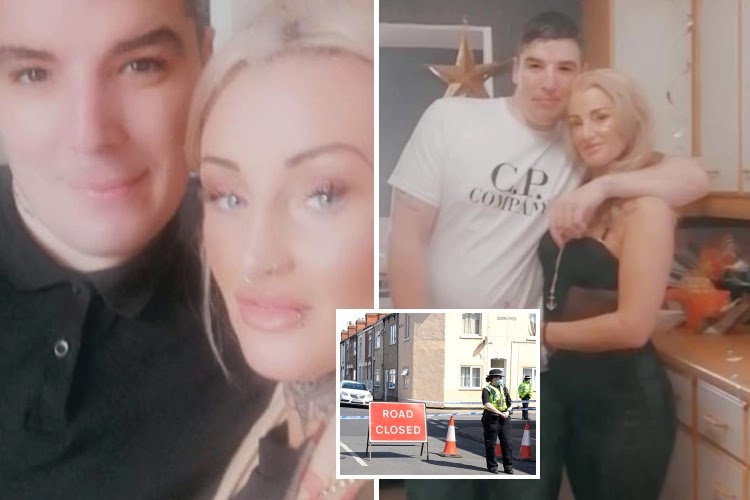 “I have a four year old boy and I was just doing the sheets when I heard a woman scream ‘He’s been stabbed.’

“A man said ‘Where is he?’ He said ‘He’s over there.’ I think the man screaming was his friend. “

Gran Ann said, “He was my nephew and I’m so angry.” He was a quiet boy. He was happy to be lucky and a lovely guy.

“He had three children, but was separated from his former partner.”

Born in the nearby town of Cleethorpes, her nephew had just moved into a house in the Grimsby area but had recently been there and she did not know the address.

He continued: “I don’t know if he would have come to see me, but they found him on the corner of my house.

“He had just started a new job as a night worker at the port and had been doing it for a few weeks.”

He had no idea why he was being targeted or that something had happened to him until he got a call from Stephen’s mom, Linda Barber, 56.

She had been contacted by a friend who had seen the ambulance and paramedics work on Stephen on the street.

Ann said, “I looked out and it was all cordoned off already. I was shocked.

“I had no idea anything had happened to Stephen until then.

“I never heard anything. I never even heard the ambulance. I couldn’t believe it.

“His mother just wanted to know which hospital he was taken to so he could get there.”

The family also had no idea where the murder weapon came from.

She said she was “devastated” by what had happened, adding, “There were a lot of nice comments about him on Facebook. He was friends with a lot of people.

“The ambulance crew had been here a long time working on him. It was still daylight. I couldn’t believe it.

“He had volunteered to build his CV and had just landed this job at the port.” He was such a nice person. He had a beautiful girlfriend and things seemed to be going well. “

His grandson’s life was cut short a few hundred meters from the Hamilton Street Borough Police Station of Humberside Police, at the bottom of Rutland Street.

But the station no longer offers the counter service. Residents are asked to ring the front door when manned or use the lobby phone to contact the command center.