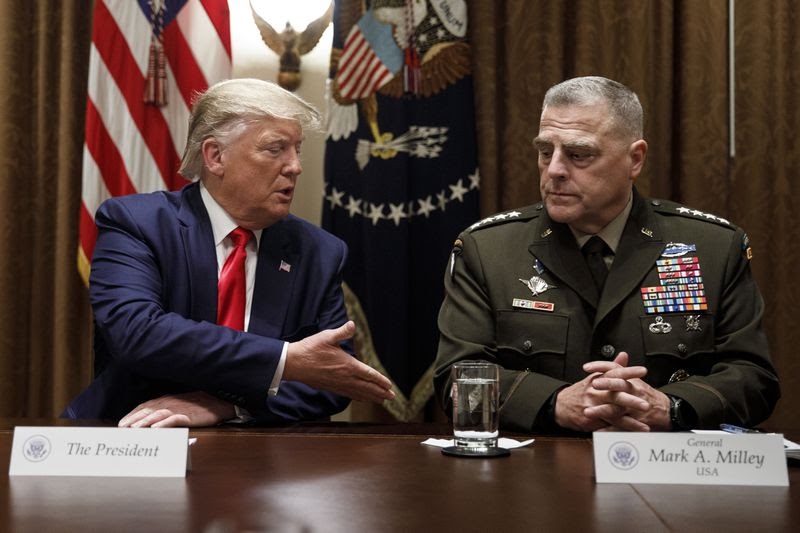 Former President Trump on Tuesday blew new reports on Joint Chiefs chairman General Mark Milley as “fake news” after the release of a bombshell from a book out by veteran reporters Bob Woodward and Robert Costa.

Trump claimed that the account written by Woodward and Costa in their book “Peril”, due out on September 21, was “invented by a weak and ineffective general along with two authors I refused to give an interview to because they write fiction, not reality “.

Previous message: General Mark Milley feared that Trump might order a nuclear strike in China. He took steps to limit Trump’s strike powers and called his Chinese counterpart twice to reassure him it wouldn’t happen.

WNU Editor: I hope the former president is right.

The idea that the nation’s top general (and others) are in collusion with China while circumventing civilian control over American nuclear forces is utterly shocking.

The Chairman of the Joint Chiefs, General Mark Milley, did not comment on or deny these allegations at the time of publication.