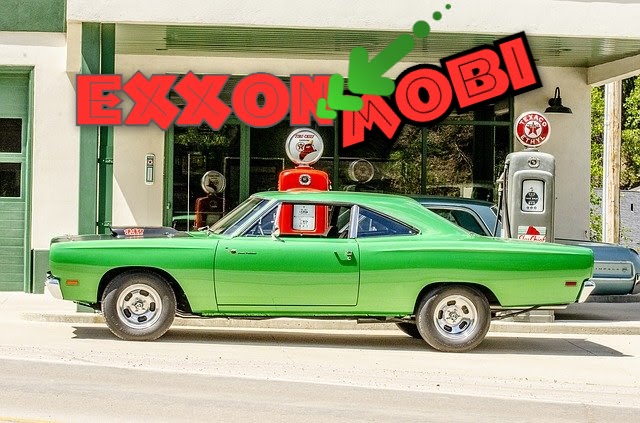 ExxonMobil took him on the chin as he suffered burning defeats at the hands of radical climate activists yesterday during the annual shareholders’ meeting.

The efforts of the green hedge fund “Engine No. 1” to infiltrate the Exxon board of directors were successful when two of the group’s activist candidates, Gregory Goff and Kaisa Hietala, defeated Exxon board members. The hedge harangued the Exxon to board the “green energy”Carrozzone and away from fossil fuels to fight global warming.

Of the 10 resolutions presented during the meeting, almost half had to do at least marginally with the climate, including those to force the company to report on lobbying, and in particular on the “environmental lobby”. Most of these passed despite opposition from the leadership.

For its part, DONE had a front row seat at the Exxon Theater. Representatives of the Committee attended the annual shareholders’ meeting together with its allies from the National Center for Research on Public Policy and JunkScience.com. These three free-market allies teamed up to try to inject a point of view that contrasted sharply with those trying to drag the corporate giant further to the left.

Steve Milloy, a close ally and good friend of DONE who runs Junkscience.com, made a passionate and well-motivated comment to the board urging the approval of a resolution he wrote calling for disclosure of the true costs of emissions cuts and climate hysteria. Millo said:

This year I proposed to Exxon that we reject climate idiocy by revealing the actual costs and benefits of reducing emissions. The costs of emissions cuts, you see, are very high and the benefits are zero. But the always dull [Exxon Chairman] Mr. Woods refused to acknowledge these realities. Instead, fantasize about appeasing the crazy political radicals who are the mortal enemies of us true shareholders.

Despite the support of DONE and NCPPR, Milloy’s proposal unfortunately did not pass.

Shortly before the meeting, Exxon’s leadership tried to calm down green activists promising to include a “climate expert” on his council, no doubt hoping this gesture would help repel the infiltrators of “Engine No. 1”.

It did not work.

The pathetic openness, however, urged DONE challenge their peaceful approach. I asked a question during the question and answer session asking to know: “Why did ExxonMobil choose to put a climate activist on the board of directors to appease green activists who want to see the company’s long-term profitability decrease?”

With at least two new members on his board certain to defend the Green cause, Exxon will almost certainly have tough times ahead. The company lost a record $ 22 billion last year and will likely lose more unless it reacts.

DONE obviously he will be there, along with his allies, to pressure the company to take a stand. At some point, Exxon leaders must understand that it is not possible to achieve “Peace in our time” with such a fierce green opponent. The question is: will the top of the company find in them the possibility to launch their Chamberlains and insert some Churchills?