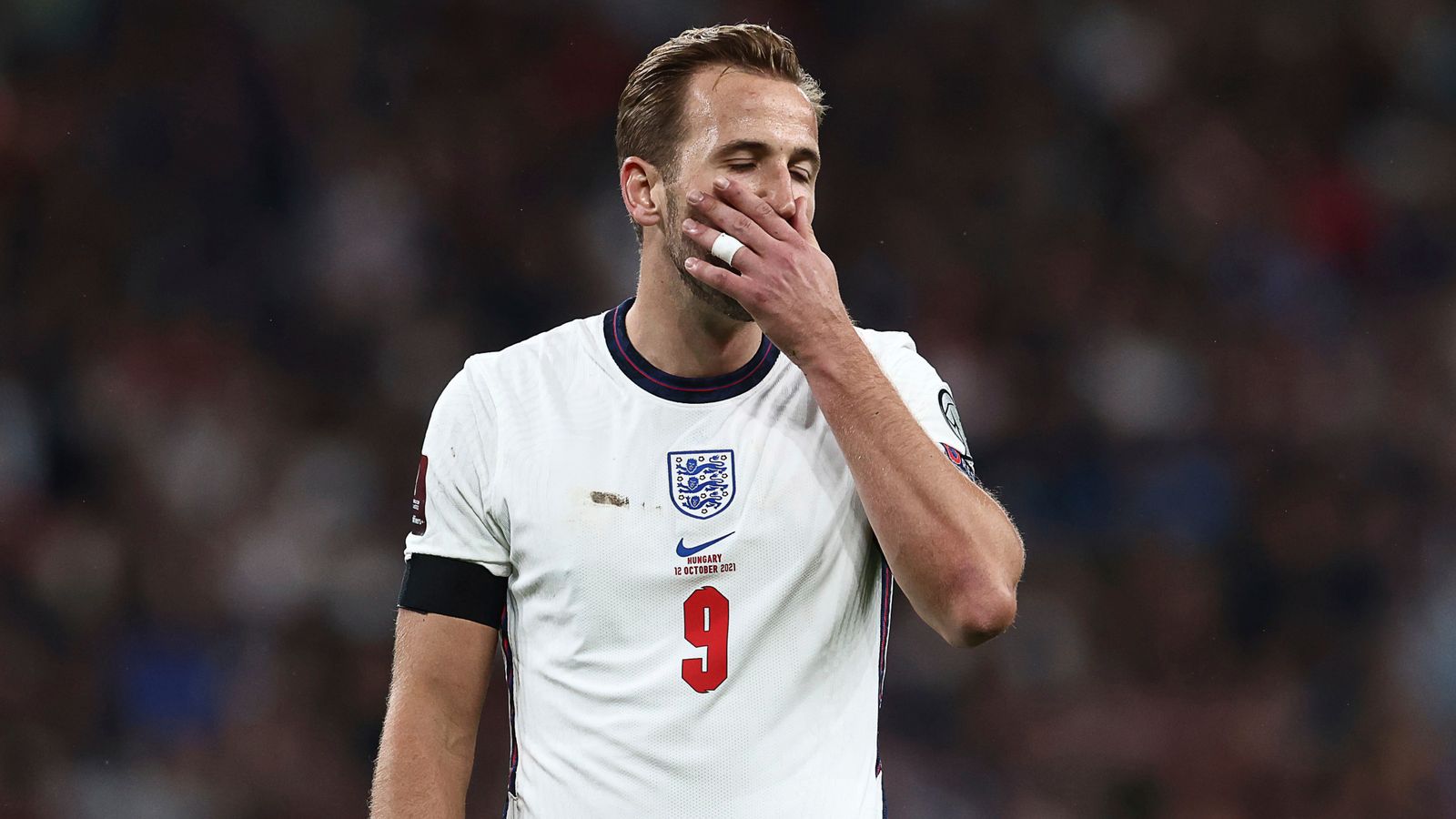 A close-range shot from John Stones nullified Roland Sallai’s penalty, but England could not find a winner as they were held 1-1 by Hungary. Here, we evaluate individual performances on a frustrating night for Gareth Southgate’s team.

Restored to the side after Sam Johnstone was handed a start against Andorra. Sallai’s penalty was wrong, but he had nothing else to do, with Hungary unable to shoot on goal.

Given more of a defensive mandate than fellow full-back Shaw. He didn’t have too many problems behind, but some of his long distance overtaking was a bit rebellious.

A good night for the center-back, who remains a key figure for Southgate despite having a hard time playing for Manchester City. He took his goal well and went close to second when he hit his head to the side. He defended well and completed 94 of his 97 passes.

Not as confident as his center-back partner. He appears to have cemented his status as England’s third central defender behind Stones and the absent Harry Maguire, but has struggled with the movement of Hungarian strikers at times.

He suffered the penalty for Hungary’s first goal when he was penalized for a high shoe on Loic Nego. He earned a yellow card for that miscalculation and while he had some good times going on, he seemed unconvincing on the defensive the whole time.

Difficult evening for the West Ham player, often outnumbered in defense due to Southgate’s decision to field an attacking midfield in the absence of Rice’s usual partner, Kalvin Phillips. He worked hard, though, and only missed one of his 65 passes.

He offered another chance to impress in midfield after his eye-catching performance against Andorra. Not as influential this time around and occasionally out of position on defense, although his outstanding performance for the Stones draw was another reminder of his quality.

Fortunately, he was not punished when a missed pass in the first half allowed Hungary to leap forward on the counterattack. Typically tenacious off the ball, making four tackles and three interceptions, but sloppy about it and, like Foden, sometimes left Rice uncovered.

Lined up on the left side, where he effectively combined with Shaw, and relished the freedom to drift on the front line. He won the free-kick for England’s equalizer on the right and caused problems for Hungary until surprisingly he was taken away by Bukayo Saka.

He attempted more shots (three) and completed more dribbles (four) than anyone else, but lacked composure at key moments. He hit Hungarian goalkeeper Peter Gulacsi with his head in the first half and in the second he cleared one-on-one against him.

Another subdued show from a player who keeps looking out of his mind. Goal denied at the beginning by some desperate defender of Hungary and disappointed by poor control on other occasions. He sent Sterling into goal with a nice pass in the second half but only had 19 touches overall and his sliced ​​shot just before his retirement summed up his night.

He had some good times in attack after replacing Grealish, although it nearly cost England a goal when he was robbed near his own area. Fortunately, Filip Holender got his shot.

He came in for Sterling as Southgate rearranged his midfield, but his passing radar seemed a little off.

Heads wide an opportunity in the final, even if it would have been ruled out for offside. Replaced by Ollie Watkins in recovery due to injury.

Only on the field for a few minutes after Abraham was dismissed but at least managed to shoot on goal when he shot Gulacsi.

England will play their last two World Cup qualifiers in November, hosting Albania at Wembley on Friday 12 November before a trip to San Marino on Monday 15 November.

Hungary play on the same days, hosting San Marino before wrapping up the season in Poland.