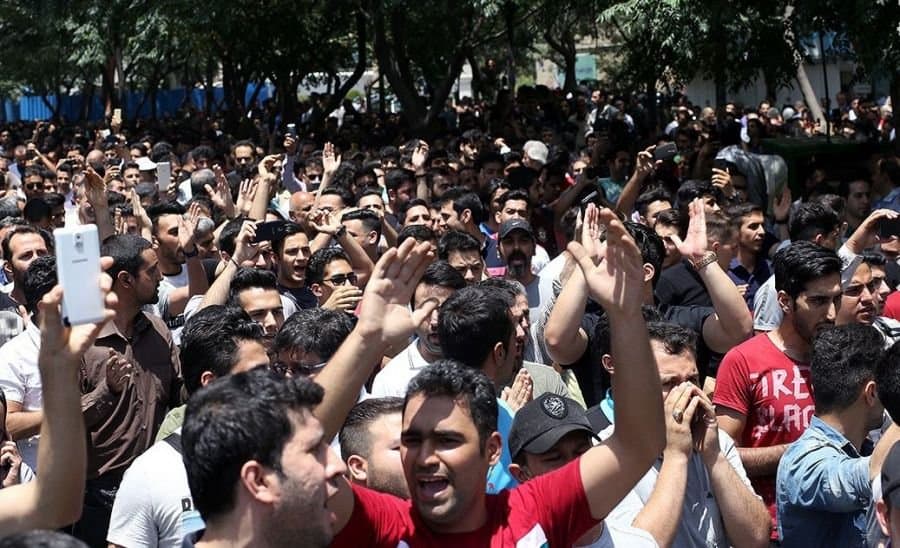 The result of the Iranian elections is already known. According to the Iranian State Newspaper, Resalat: “The current false polarity (among presidential candidates) aims for national unity, cohesion and security and creates a rift in which US, British and Zionist security services sow seeds national antagonism and provide the main fuel for the soft reversal. “

Despite the wishes of Iran’s Supreme Leader Khamenei for the elections to appear smooth and fair, the abortive candidacy of Larijani, the former speaker of parliament, temporarily changed the dynamics of Iran’s presidential elections in June. It has created a situation that the regime fears, in which infighting between the factions becomes evident to the world at large. It is worth noting that Ebrahim Raisi ran for presidential elections in June and was head of the Iranian judiciary before announcing his candidacy.

In March 2020, during the Iranian parliamentary elections, Khamenei’s Guardian Council disqualified all candidates deemed less loyal to him, including those who had qualified or were members of parliament for two or three terms. This method was Khamenei’s way of forming a loyal parliament made up of all like-minded individuals.

Vital principles of the regime

An article published in the Resalat newspaper calls him a “False dichotomy”. Approved or not by the Guardian Council, all current presidential candidates believe in the two most essential and vital principles (or pillars) on which the Islamic Republic of Iran has built its existence.

These pillars are belligerent policies abroad and widespread internal repression. In one form or another, all candidates have been instrumental in the implementation of these policies. They held military and national security positions and were part of the regime’s oppressive apparatus.

The internal struggles are based on the fear of losing what they have gained through corruption, but these divisions created by the factions are shattering the foundations of its power. Whatever happens after these elections, Khamenei faces growing opposition from the Iranian people themselves and an international community that is unwilling to continue to allow their terrorist activities.

The social and political dynamics at play right now make it clear that the regime cannot remain in power because it is unwilling to face the challenges facing the Iranian people. Instead, like all dictators who do not want to face the consequences of their actions, Khamenei is attempting to maintain power by crushing any opposing voices and trying to distract the Iranians from the bigger problems facing the nation.

In a speech on the first day of the Iranian New Year, Khamenei said: “The last thing about (presidential) elections is that our dear nation should not use elections as a symbol of bipolarism. Put aside these wrong divisions of left and right and the like. “ (Khamenei – March 21, 2021)

After the two uprisings in November 2017 and December 2019, carried out on the basis of unprecedented poverty, high prices and inflation, and took the regime by surprise, Khamenei has decided to pursue a restrictive policy, especially in the upcoming presidential elections.

Khamenei is very concerned that a spark could ignite in the presidential election and could detonate a barrel of political gunpowder in angry and raging society. Low voter turnout will make it clear that this election is a farce like any other. The Iranian people are being held hostage by a regime that wants to line its pockets leaving the people in poverty.

Due to colossal government corruption and massive mismanagement, the Iranian economy has become very fragile, nearing a state of collapse. The dismay and discontent of the people with the government has reached an explosive level.

The COVID-19 vaccination crisis caused by Khamenei’s ban on the purchase of US, French and British vaccines has resulted in the killing of tens of thousands of innocent people. It infuriated the Iranians who saw their loved ones die. A range of social and economic problems emerge every day.

In the eyes of the Iranian people and the global community, Raisi is a renowned killer of political prisoners in 1988, despite Khamenei personally choosing him as his successor and next president. He is one of the main violators of human rights.

Under the authority of the Raisi regime he contributed to a series of massive corruption at all levels of government.

How could such a corrupt and inhuman person become the elected president unless the election was rigged! The discontent of the people will lead to another massive uprising as soon as relief from COVID-19 is achieved. A more ferocious revolt will wipe out the Khamenei system and regime.