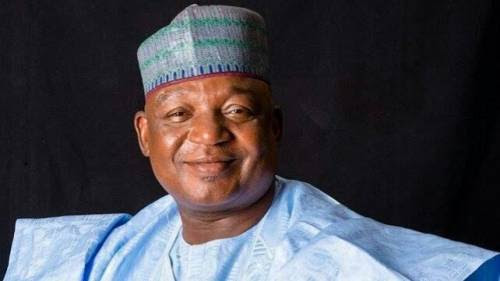 Senator representing the southern Kaduna senatorial district, Danjuma La’ah, revealed the reasons why he shed tears on several occasions on the floor of the Upper Houses while filing motions on banditry attacks in his constituency.

The federal lawmaker said some of his fellow senators thought that banditry activities in southern Kaduna seemed like just a matter of southern Kaduna.

Speaking about the development in her senatorial district, La’ah recalled how she told senators that one day all 109 senators would encounter insecurity, in the form of bandits, insurrectional kidnappings and other forms of crime, noting that her words had become reality .

He said, “I have cried countless times, but I knew the time would come and the time has come because as I was crying in the room while filing motions on banditry in southern Kaduna, I said that someday somehow, these things will affect everyone. we.

“Because we thought it was only meant for the south of Kaduna, but tell me which state in this country wasn’t hit by the bandits?

“The bandits have no friends, they know no tribe; they don’t know religion. Whoever you are and they found you, it’s about money. “

The lawmaker said that after filing a motion on insecurity in southern Kaduna several times, he stopped talking, stating that if he continued based on what he knew, “heads would roll and the world would turn upside down. So, that’s it. better let the sleeping dog lie. “

He said the banditry activities in southern Kaduna were not new, while he hoped that in the ongoing crackdown on criminal elements in the north, those who raised and trained the bandits would chase them away.

He added: “All of these things are not new. Bandits, Boko Haram and insurgents and my motion has never been changed from what it is. We can only pray. Those who raised them there should be the same people who will come and drive them out of this place ”.

Asked to speak on the amendment to the Constitution, Senator La’ah revealed that the Senate leadership intentionally refused him to be a member of the Constitution Review Committee chaired by Senate Vice President, Senator Ovie Omo-Agege, because he they considered it too stubborn to be there.

“What else will I say? I won’t say what I don’t know. It’s good that people accuse me, if they don’t, then I’m not a senator because what affects one senator affects everyone. “