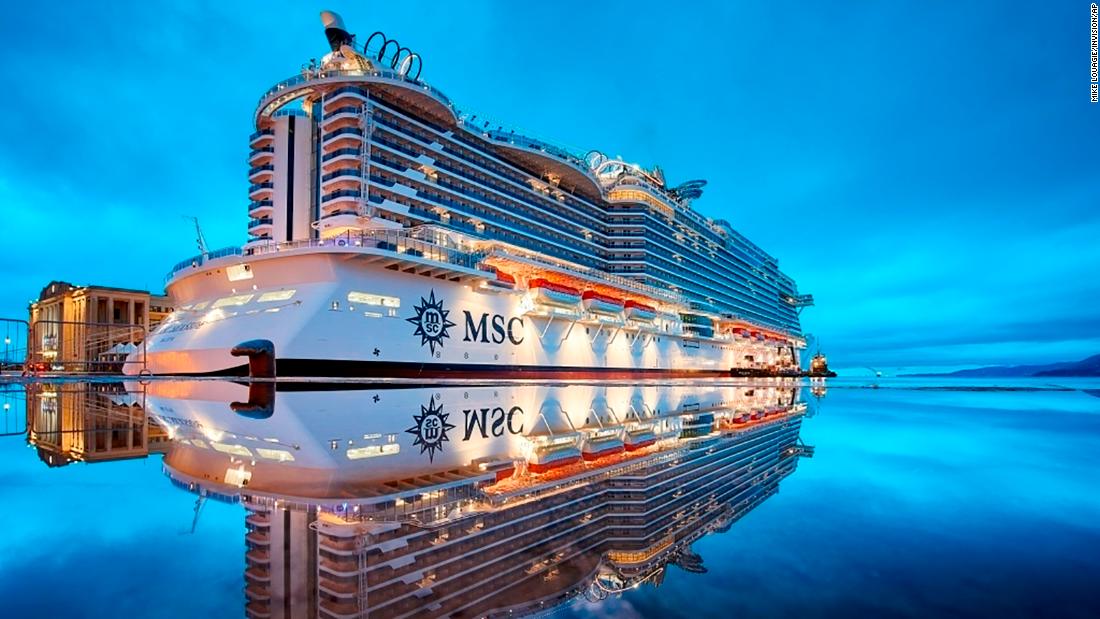 (CNN) – Two passengers on a cruise ship in the Mediterranean have tested positive for COVID-19.

The couple were traveling on the MSC Seaside cruise ship and disembarked with their families in Syracuse, Sicily on Tuesday, MSC told CNN on Wednesday. The two passengers were asymptomatic.

The cruise had previously docked in Malta but passengers were barred from disembarking as the ship only made a “technical” call, according to the cruise operator, which would not reveal nationality or the total number of passengers on board.

All passengers traveling with MSC must undergo a Covid-19 test 96 hours prior to departure, another upon boarding and a third during the cruise. MSC does not require passengers to be vaccinated, but the rules apply to those who have been.

Guests on board are required to wear masks in public spaces and social distance.

“Our protocol is working, if those two people weren’t on board, they would still be around,” said MSC spokesman Michele Curatolo.

The company has an emergency plan for each airport, Cuartolo added, which means that a “protective transfer” was immediately activated for the two positive passengers.

Luca Biondolillo, MSC Cruise’s chief communication officer, said three of the company’s ships are currently at sea, a number expected to increase to eight by August.

In August 2020, MSC Cruises was the first major cruise company to resume navigation in Europe after the first wave of the Covid-19 pandemic subsided.

Those wishing to take a cruise from the United States have had to put their plans on hold due to the pandemic, but there is hope on the horizon.

Most ships are still awaiting CDC approval for navigation. Since October last year, the agency has issued an evolving set of requirements and guidelines in the form of a Conditional Navigation Order.

Francesca Street contributed to this story