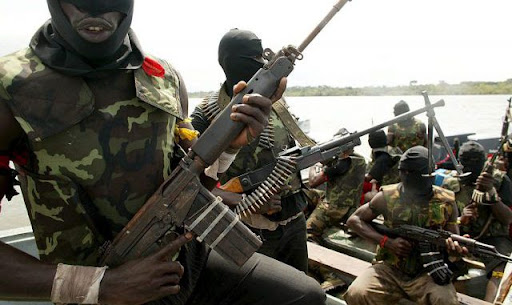 According to a report by The PUNCH, daredevil gunmen kidnapped the president of the Ijaw Youths Council, Worldwide, Peter Igbifa, in Port Harcourt, the capital of Rivers state.

It was learned that Igbifa was abducted Tuesday morning along Port Harcourt International Airport Road by a group of masked gunmen.

Igbifa also asked the driver to tell young people to go ahead with a planned protest, saying: “No one can violate the rights of the people of the Niger Delta.”

When contacted, IYC chairman, action, strategy, planning and programs committee, Israel Fubara, said the board had just received the news.

“This is information we have obtained. But we are making our own discoveries. We have already put machinery in place to see how we can actually know what happened. So we are investigating ».

He further stated that the young Ijaws had planned to close the region, saying, “Probably today (Tuesday) at midnight, so the action can start because we wanted to run out of time before we could stage our action.”

Asked if he has any idea of ​​what would lead to the kidnapping, he said the IYC gave the presidency a 30-day ultimatum to form a board of directors of the Niger Delta Development Commission.

When contacted, Rivers State Police Public Relations Officer Nnamdi Omoni said, “Yes, I can confirm that he was kidnapped on Airport Road. When we received the information, we used our technical intelligence. to make sure he knew where he was and that he could be reunited with his family. “