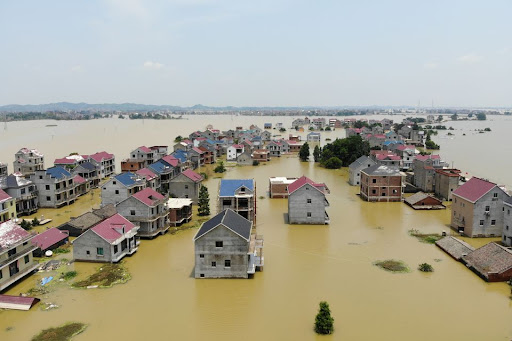 Rain in parts of central and southern China has reached record levels in recent weeks, although overall rainfall this year is about 10 percent lower than last year, according to the Water Ministry.

Water levels on the Yangtze and its tributaries are expected to rise further in the next week, the ministry said, and warned of severe flooding across the country from June to August.

Some monitoring stations are sounding alarms, with the Wuhan city section of the Yangtze River in central China more than two meters higher than normal at this time of year due to heavy rainfall upstream.

Last summer, rainfall reached its second-highest level since 1961, triggering flood alarms on major rivers and lakes and bringing water levels in the giant Three Gorges Dam near their maximum.

Throughout last year, nationwide rainfall levels stood at nearly 700mm, 10.3% more than average and 7.6% more than the previous year, with rainfall doubling in some parts of central and northeastern China.

On Sunday, an unexpected onslaught of hail, freezing rain and storms killed 21 runners during an ultramarathon race in the northwestern province of Gansu. Read more

This month, a tornado hit Wuhan and another hit the eastern coastal province of Jiangsu, killing 12 people and injuring hundreds.