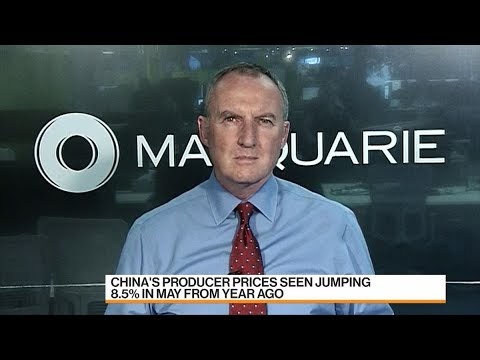 Rising costs of imported raw materials have brought Chinese factory inflation to its highest level since 2008, increasing the likelihood that exporters will start passing higher prices and increase inflationary pressures in the global economy.

The producer price index rose 9% in May from the previous year, driven by increases in oil, metal and chemical prices, the National Statistics Office said Wednesday.

The median forecast in a Bloomberg survey of economists was an increase of 8.5%.

Consumer inflation rose only 1.3% from a year ago, missing a 1.6% estimate and suggesting that retailers are not yet raising prices due to sluggish domestic demand.

WNU Editor: I talked about it a few weeks ago. Globally speaking, China is the place to look for future trends. Or to put it more bluntly. What happens first in China eventually repeats itself in the rest of the world at a later time.

More news on China in the face of inflationary pressures

China’s producer prices have risen the most since 2008, cutting corporate profits – CNBC

Chinese inflation could be the world’s problem – Bloomberg