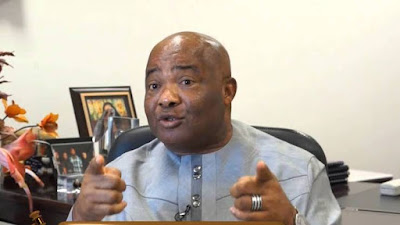 Imo State Governor Hope Uzodimma urged residents of the state to ignore a sit-at-home order from the Biafra Indigenous Leader (IPOB) on May 29 and 30.

State Information and Strategy Commissioner, Declan Emelumba, said this Thursday as he briefed reporters in Owerri.

“Imo residents should ignore these messages as they have no consequences. They should go about their normal business without any fear of harassment.

“Let our people be sure that the government has put in place all necessary security measures to ensure the safety and freedom of movement of all IMO people on these dates and after,” he said.

Speaking about the alleged order of sight shooting given by the government to security agents, the commissioner said it was the work of voice traffickers and enemies of the state.

According to him, only criminals have anything to worry about about the security measures put in place in the state and innocent residents have nothing to fear.

“Just when the government successfully restored the state to normal, these fierce enemies came up with another rumor that security officers were tasked with shooting and killing young Imos out of court.

“I am here to urge my dear young Imos to ignore this unfounded rumor that they are the target of intimidation or aggression by security agents, as the creators of this rumor are those who have sworn to make Imo ungovernable.

“I am therefore using this medium to appeal to our parents and guardians to rein in their children and their wards against any form of demonstration at this unstable time.

“Those who are feeding the embers of this crisis will not propose their children to be part of the battle. That’s why my fellow parents shouldn’t allow their kids to be cannon fodder in a purely nonsense matter.

“Once again, the government has not given any order for either the arrest or the killing of innocent young Imos. Hence, law-abiding citizens should carry out their legitimate businesses without fear or panic, “he said.