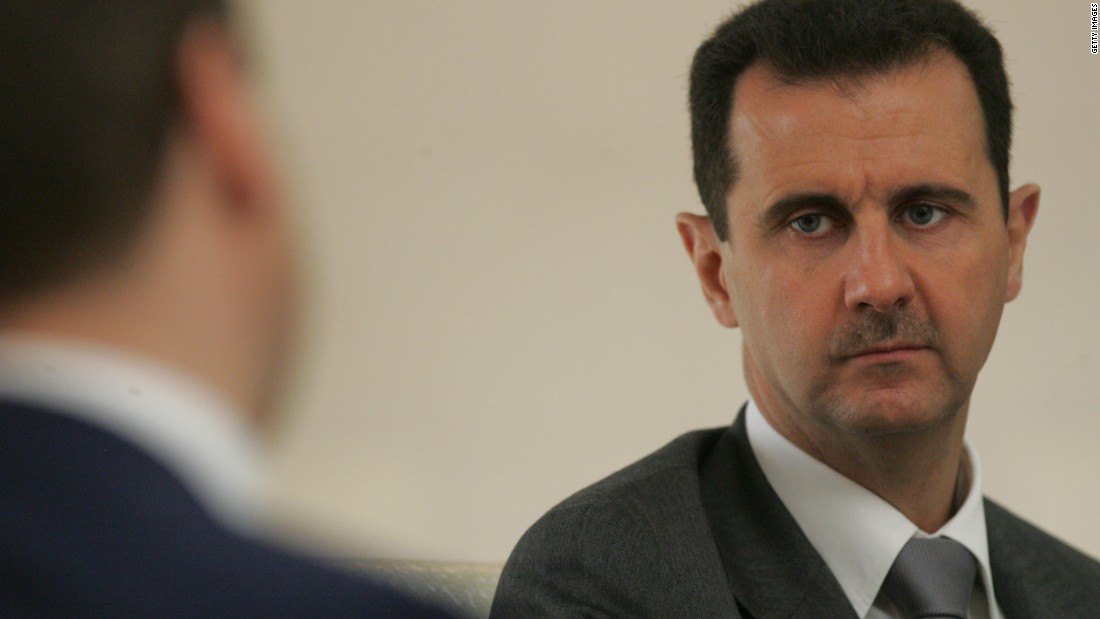 Here is a look at the life of Syrian President Bashar al-Assad.

1994 – The eldest son and legitimate heir of Syrian President Hafez Assad, Basel, dies in a car accident. The second son Bashar, is recalled from medical training in Great Britain and is prepared to assume the role of president of his father.

1999 – Assad becomes a colonel in the Syrian army.

July 10, 2000 – Assad is elected president of Syria without opposition.

May 29, 2007 – He runs unchallenged for the president and is elected for a second seven-year term.

21 April 2011 – In response to Arab spring protests, Assad revokes the law on the country’s state of emergency, in force for 48 years. The law, which came into force in 1963, restricted freedom of speech and it gave the government extensive power to detain people for alleged national security threats.

May 18, 2011 – The United States imposes sanctions on Assad and six other senior Syrian officials. The Treasury Department details the sanctions by saying, “As a result of this action, any property in the United States or in the possession or control of US persons in which the persons listed in the attachment have an interest is blocked and US persons are generally prohibited from engaging in transactions with them. ”

19 May 2011 – Assad is harshly criticized in a speech by US President Barack Obama. Obama says the Syrians have shown themselves “Courage in calling for a transition to democracy [but Assad’s regime] it has chosen the path of murder and mass arrests of its citizens… President Assad now has a choice: he can lead that transition or get out of the way ”.

18 August 2011 – Both the United States and the European Union are calling for Assad’s resignation. US authorities also impose new economic sanctions against Damascus, freezing Syrian government assets in the US, preventing Americans from making new investments in Syria, and banning any US transactions related to Syrian oil products, among other things.

10 October 2011 – TO declaration issued after a meeting attended by all 27 foreign ministers of European Union condemns “in the strongest possible terms the ongoing brutal repression led by the Syrian regime” and declares that the Syrian leader must resign “to allow a political transition in Syria”.

November 20, 2011 – In an interview with a British newspaper, Assad warns other countries that military intervention in Syria would have “very terrible” repercussions and that his country “will not back down” in the face of international pressure and condemnation.

November 22, 2011 – Turkish Prime Minister Recep Tayyip Erdogan invites Assad to resign and warns that he faces the same fate as Benito Mussolini, Nicolae Ceausescu and Moamer Gaddafi, all the leaders killed by their own people.

7 December 2011 – In an interview with ABC’s Barbara Walter, Assad it denies responsibility for the violence in Syria and distances itself from the behavior of its armed forces.

3 February 2012 – Date of the leaked email from Asma al-Assad to a friend discussing the merits of buying a certain pair of Christian Louboutin crystal-covered pumps for about $ 7,000. On the same day, 200 Syrians are said to have died in Homs.

23 March 2012 – Sanctions of the European Union are positioned on Assad’s wife, Asma, his mother, his sister and his sister-in-law. Their EU assets are frozen and a travel ban prevents them from traveling to any EU country. Asma, born in London, cannot be barred from entering Britain despite the EU ban.

18 July 2012 – Syrian Deputy Defense Minister Assef Shawkat – Assadad’s brother-in-law killed, along with two other regime officials, in an explosion in a national security building in Damascus.

17 April 2013 – In an interview with the Syrian state television network al Ekhbariya, Assad compares the support of the rebels in Syria now to the support of the fighters in Afghanistan during their war with Soviet troops in the 1980s. He predicts that rebel groups will one day turn against the United States and others.

3 June 2014 – He is re-elected with 88.7% of the vote, according to state television reports. It is the first Syrian elections since the beginning of civil war in 2011.

10 February 2015 – In a BBC interview, Assad says his regime has become aware of the US-led coalition’s efforts against ISIS in Syria – not by the Americans, but through third parties such as Iraq. Assad also says that Syria will not join the international coalition that seeks to “degrade and destroy” ISIS.

1 December 2015 – In an interview with Czech TV, Assad claims that the US-led airstrikes against ISIS have not slowed down the terrorist organization and that ISIS has only recently begun to shrink due to Russia’s direct involvement.

9 July 2016 – Assad is named in a manslaughter lawsuit filed in federal court in Washington, DC by the family of journalist Marie Colvin, who was killed in 2012 while following the war in Syria. According to the lawsuit, Colvin was targeted in a missile attack by Syrian government agents due to his reporting. Colvin and other reporters were followed by the Syrian regime, the documents say. Days later, in an interview with NBC News, Assad denies that the government is responsible for Colvin’s death. She says she entered the country illegally, putting herself at risk.

11 April 2017 – Russian President Vladimir Putin states, without proof, that a deadly chemical attack on April 4 in the city of Khan Sheikhoun was staged to frame Assad and his regime. Putin says more chemical attacks are planned by Assad’s opponents to provoke US action.

31 May 2018 – Assad asks America to leave Syria in an interview with Russia Today. Assad states: “The Americans should leave. Somehow, they will go away. They came to Iraq with no legal basis, and look what happened to them. They have to learn their lesson. Iraq is no exception. Syria is no exception. People will no longer accept foreigners in this region ”.

28 May 2021 – He is re-elected with 95.1% of the votes, even if the United States, United Kingdom, France, Germany and Italy issue a joint statement calling it a “fraudulent election”.