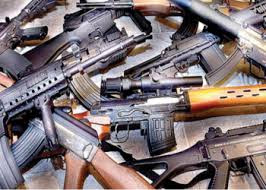 Two soldiers at a checkpoint outside the Kabba Correctional Center in Kogi state were reportedly killed and another seriously injured when gunmen raided the facility in the early hours of Monday.

More than 100 prisoners are said to have been released during the attack on the facility.

An unconfirmed account reported that gunmen sprayed bullets on an unfinished building where soldiers stayed before breaking into the correctional center where they released over 100 detainees.

Some of the prison officers on duty are said to have been wounded, while another soldier was reportedly shot in the leg.

A source confirmed that some of the prisoners were later arrested around 8am Monday morning next to the Kudon Hotel, Kabba, when they attempted to board a vehicle to flee to the neighboring state of Kwara.

Confirming the incident, Assistant Inspector General of Police Zone 8 Ayuba Edeh said the police commissioner and other heads of security agencies took action to assess the causes of the situation.