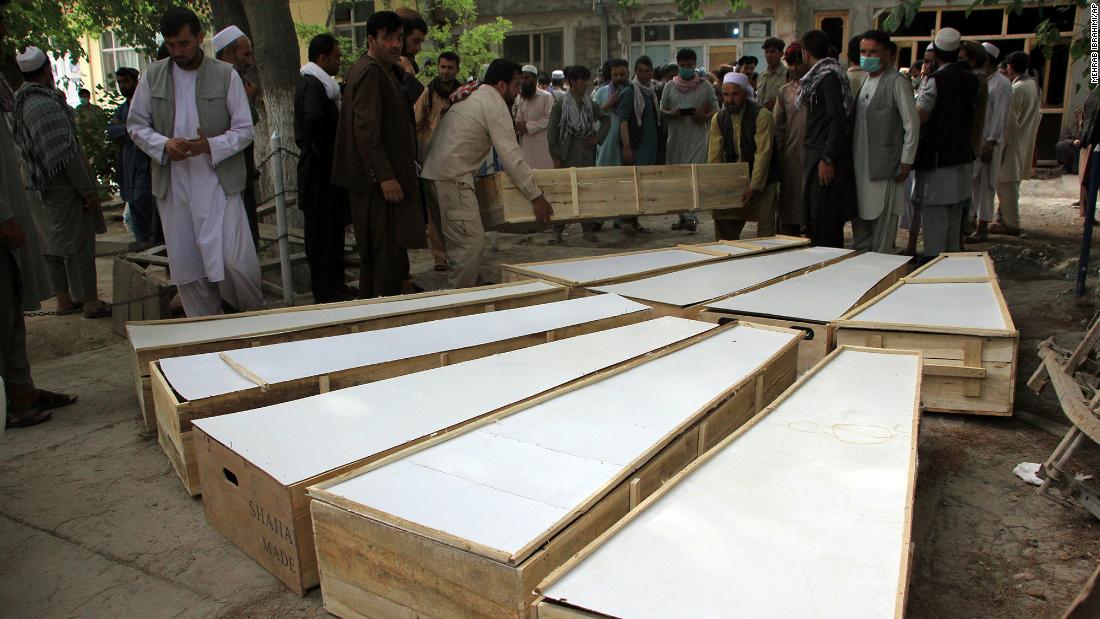 The attack began at 21:50 local time when a group of gunmen entered a HALO camp in the northern province of Baghlan “and went from bed to bed killing members of The HALO Trust,” he said. charity chief executive James Cowan on CNN.

At that time, about 110 men from local communities were present in the camp. Cowan said the gunmen asked to know which members of the squad belonged to the Hazara Shiite ethnic minority, adding that “when our personnel refused to name them, the gunmen went from room to room and killed our personnel.”

The Hazara have previously been targeted in attacks by IS-K, including those last month horrible attack on a girl school in Kabul which killed at least 85 people.

Cowan said local Taliban members – whom the Afghan government initially blamed for the attack – came to the rescue during the attack.

“The local Taliban came to our rescue and chased the attackers away,” Cowan said.

The Taliban, who are fighting to overthrow the Afghan government, denied Reuters involvement in the attack.

Cowan said that despite the attack – and the expected withdrawal of US and NATO troops by the end of the year – the charity’s deminers “still have a job to do.”

“We may be afraid of what is happening in Afghanistan. But we were there before 9/11. A whole decade ago. We have been through all the ups and downs of life and death in Afghanistan. And now, as the international community prepares. to leave. We will stay, “he said.

The HALO Trust was founded in Afghanistan in 1988 and now operates in 26 countries, including Angola, where – in 1997 – Princess Diana famously walked through one of her minefields.

The United Nations has called for a full investigation to “ensure that those responsible for this horrendous attack are held accountable and brought to justice,” UN spokesman Stephane Dujarric told reporters in New York., Reuters reports.

The Halo Trust is the largest demining organization in the country, and after decades of conflict, Afghanistan is still littered with mines and unexploded ordnance and agencies have worked to mine them over the years since the Taliban were driven out in 2001.

The Taliban are fighting government troops in 26 of the 34 provinces and insurgents have recently captured more than 10 districts, government officials say.