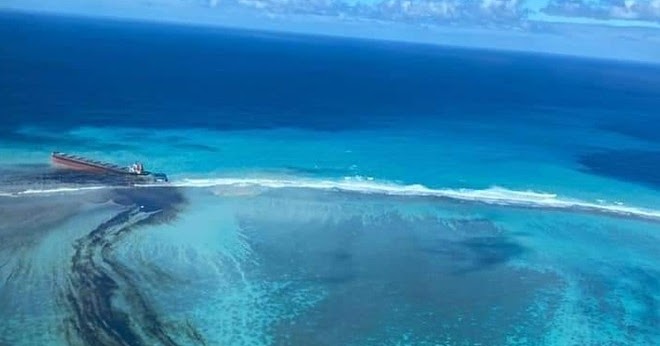 At least 1,000 tons of petroleum products spilled into the Indian Ocean near the island of Mauritius from a hole in a Japanese merchant ship that ran aground in the coastal area. Mitsui OSK Lines deputy chief Akihiko Ono, who manages the ship, announced this Sunday at a press conference in Tokyo.

“We offer our sincere apologies for what happened and we will address the issue to the end. According to preliminary estimates, the volume of losses amounted to approximately 1,000 tons,” he said.

Previously, the Mauritian government imposed an environmental emergency after a massive oil spill from a cargo ship, chartered by another Japanese company, Nagashiki Shipping Co. Ltd. The spill threatens coral reefs off the country. insular. Mauritius also asked the UN to provide immediate assistance to cope with the consequences of the environmental disaster.

Nagashiki Shipping Co. Ltd. In a statement, the Wakashio ran aground near the famous Blue Bay beach in the east of the island on July 26, after which it received a hole from which oil products leaked. The Panamanian-flagged ship was on its way from China to Brazil with a stopover in Singapore. There were about 4 thousand tons of petroleum products on board.

Mauritius is an island state located east of Madagascar in the Indian Ocean. Its population is approximately 1.3 million. Tourism is one of the country’s main sources of income.