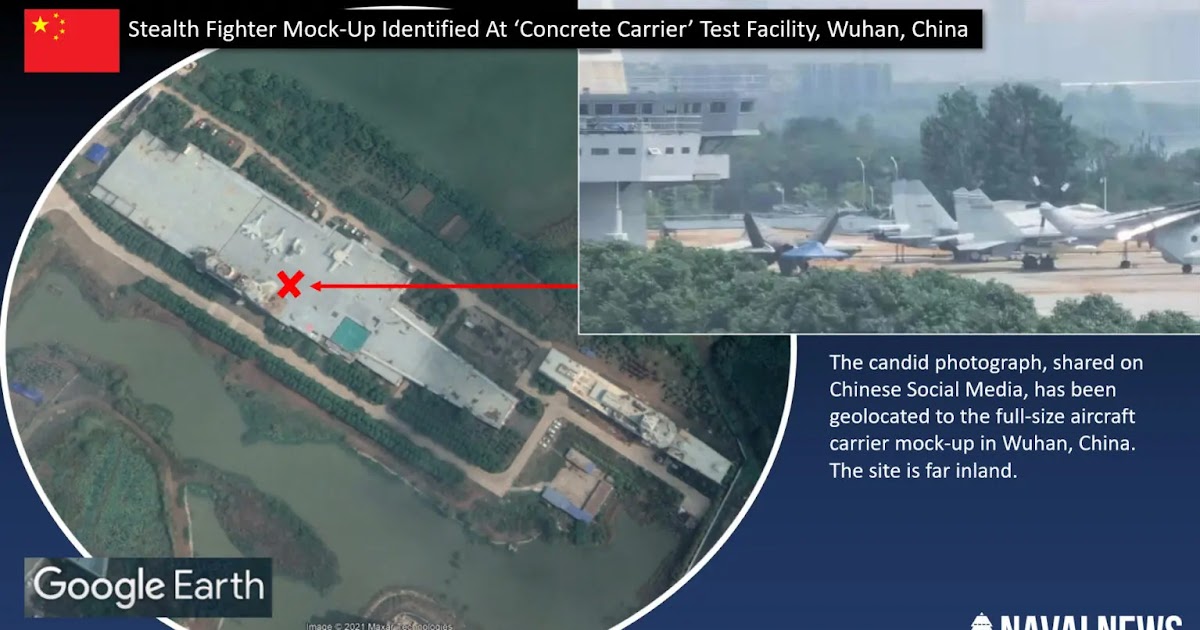 The inset photograph was geolocated on the simulated full-size aircraft carrier in Wuhan, China

An allegedly fairly recent image of the EM vector facility in Wuhan and the model representing what the Type 003 island might look like today got a SAC FC / 31 / J-35 model! 😮

Any ideas since exactly when it’s there from my last image in April / June 2019.. pic.twitter.com/QFifx59dhK

The Chinese Navy is massively expanding its fleet, with at least three state-of-the-art aircraft carriers. Yet these lack little observable fighters. But that should change. A new image offers the first look at the new stealth fighter.

Overshadowed by the Chengdu J-20 stealth fighter, the Shenyang FC-31 could be China’s dark horse. The J-20 has already entered service with the Chinese Air Force (PLAAF) and is, by and large, their equivalent of the F-22 Raptor. The FC-31 meanwhile is seen as a cheaper and less capable alternative. And significantly, it was a private project of the Shenyang Aircraft Corporation, so it doesn’t get the same level of government support.

It doesn’t fighter J-20s, but could this Chinese jet pose the biggest threat to the Indian Air Force? – EurAsian Times