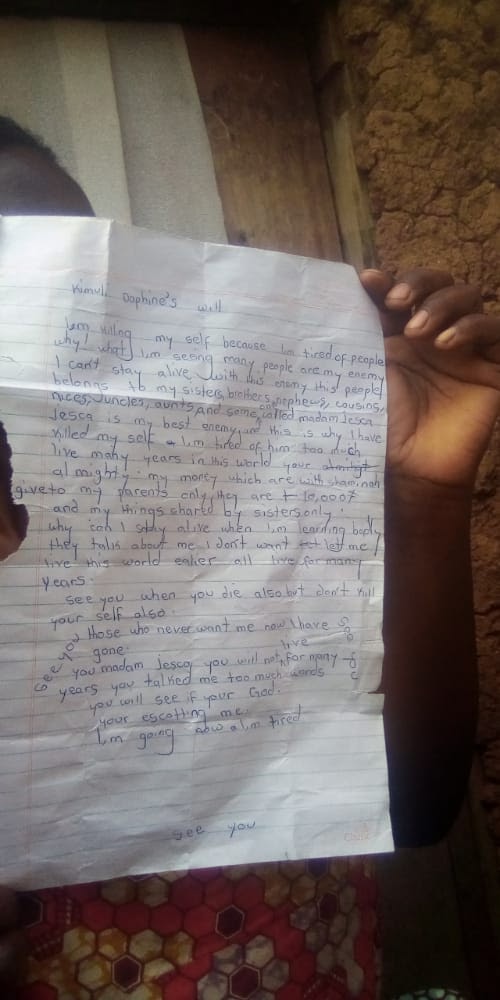 Ugandan – A 13-year-old girl committed suicide by hanging herself after receiving harsh comments from her parents for scoring poor results in the recently published PLE results.

The deceased is identified as Daphine Nakimuli, a resident of Kinuubi East, Bwikya district in the Mparo division, Hoima City.

Nakimuli had just completed his PLE at Bwikya Primary where he obtained 28 aggregates in the four subjects.

According to the neighbors, it is from this performance that the parents berated their daughter for failing her exams and wasting their money on paying tuition.

Before her death, the girl left a note behind describing how she felt unloved, describing how her siblings and parents were berating her for her performance in the PLE results and that she had decided to take her own life to get rid of it.

In anger and feeling abandoned, the girl went behind their house, grabbed a rope and climbed a jackfruit, from which she hanged herself.

Allan Julius Hakiza, the police spokesman for the Albertina region, confirmed the incident and said the police have already started investigating the young man’s death.