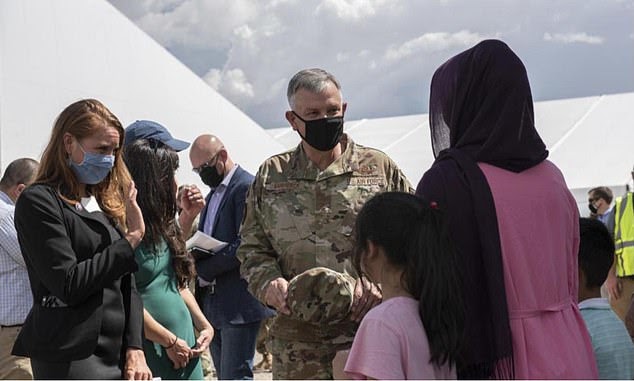 The displaced Afghans are housed at Holloman Air Force Base in New Mexico, one of eight military bases used to house 53,000 people awaiting resettlement services

Senate Republicans are demanding that the Biden administration stop bringing Afghan displaced people to the United States, except for those that have been fully controlled, amid reports that hundreds of people have left military bases.

Senator Joni Ernst and 15 of his Senate colleagues wrote to Homeland Security Secretary Alejandro Mayorkas and Defense Secretary Lloyd Austin to warn that the current screening procedures have put the safety of the American public at risk.

“We are concerned that the hastily developed process creates gaps in security and criminal control and puts the security of our nation at risk,” they wrote.

WNU Editor: Another example of how broken the US immigration system has become and Washington’s failure (in my opinion deliberately) to deal with it.